Bibhuti Pattnaik: The Story Of A Bestsellers Author Of Odisha 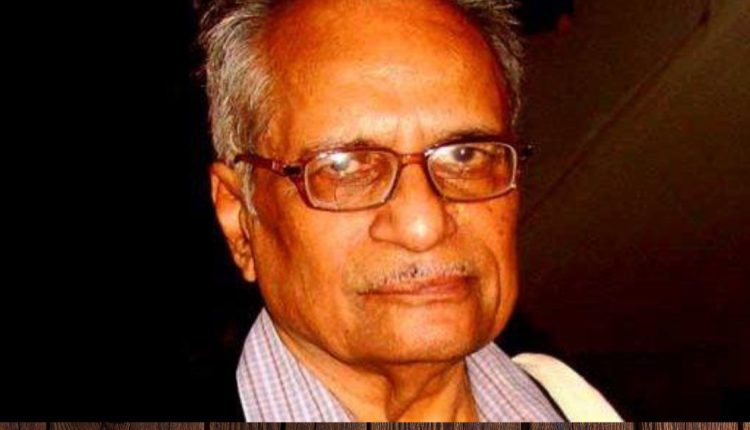 He taught us how to fall in love, deeply and relentlessly. He guided us to know the secret joy of storytelling through his immaculately crafted storylines. He was the only lush green pasture in our deserted youth. 70s and 80s of the last century were years of slowness and boredom. There he came into our lives like a love song. His characters were one amongst us. They looked like us yet lived in a distant land of dreams. That was the era of black and white television and the monotony of Sarkari Radio. There were very few cinema halls where one could see a Bollywood movie.

In that slow and boring time, Bibhuti Pattnaik was our first and last ray of hope. It was also a time when most Odia youth lived in a ‘No Love Zone” and for them, love was an enigma or anathema. It was the biggest adventure to think about love on a college campus. Our generation saw love in Bibhuti Pattnaik and lived his love. He taught his readers how to write secret love letters and how to be in love even when the beloved was beyond their reach. One can find lines from Bibhuti Pattnaik’s best-selling novel ‘Premika’ (The Beloved) in every love letter of that time.

For thirty years he was the king of popular literature in Odisha. His novels like ‘Premika’, ‘Badhu Nirupama’, ‘Nayikara Nama Shravani’, ‘Chapalachhanda’ and others were sold in the market as bestsellers. Yes, there was a time of Odia bestsellers too. Today, hardly one can imagine the craze of Bibhuti Pattnaik in the 60s to 80s. He was in every house and in every heart. He was the ultimate love storyteller to whom every boy and girl looked greedily to borrow or steal words to express their feelings.

It’s an irony that the best novelist of love in Odia literature is essentially a political activist. He has been deeply influenced by socialist ideology and guided to become a political activist by veterans like Sarangadhar Das and Priyanath Dey. His political activism and literary romanticism ran parallel, sometimes ignoring and at other times complementing each other. He is also the embodiment of the contradictions and complexities of his time. As a political being, he had been deeply hurt and heartbroken as the dream of independence was dying down at that age. As a writer, he is full of dreams and optimism. He sets the fluid narrative of middle-class love and longing. His characters are mostly from the lower middle strata of society and they fall in love with their own fear and insecurities.

Bibhuti Pattnaik was born on October 25, 1937, in Dingeswar village of Jagatsinghpur district. His father was a primary school teacher and freedom fighter. He spent his entire life as a Professor of Odia language and literature. He won many prestigious awards as a writer, but what makes him different is his popularity as a writer. For quite a long time, he was sidelined by critics for being “popular” or “populist”.  His books may not have won critical acclaim, but were extremely popular. He continues to earn quite a good amount of royalties from his books. In a way, his strength has been his popularity as an author.

Today at the age of 85, he is still active as a novelist, columnist, literary critic, editor, political commentator and organizer. He was one of the finest literary editors of his time and his magazine ‘Galpa’ was instrumental in publishing the best Odia short stories. He is also one of the founding members of the Bhubaneswar Book Fair organising committee. His aura as one of the most popular writers of our time is yet not over.

Income Tax Returns Filing Date Will Not Be Extended Beyond July 31: Govt