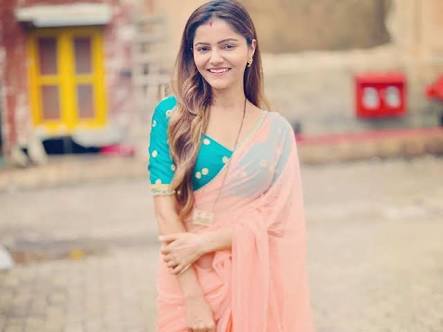 The first task caused a crackdown in the BB house while rejected contestants Jaan Kumar Sanu, Sara Gurpal and Nishant Singh Malkhani got entry inside the house after they completed their task. However, Rubina Dilaik is still outside as she refused to accept the task which had conditions that she has to stay with one set of clothes for one week.

Rubina said that she is not after luxuries, but hygiene is important for her. She was also seen avoiding unnecessary arguments. Now Twitteratti hailed her after seeing her fearless and straightforward personality.

Just take a look at what the Twitter users have to say:

Pic 2: #RubinaDilaik cool n composed after being voted unfairly as lowest, spending time alone outside; away from them

#RubinaDilaik coming out as a strong contestant, she's opinionated stands for herself, no PDA & focused on playing the game individually and how pretty is she?#BiggBoss14 #BB14

One thing that i like about #RubinaDilaik the most is that she doesn't likes to get into unwanted and fake arguments
Sign of a CLASSIC player!!??#BB14

Mahindra Thar Gets Over 9000 Bookings