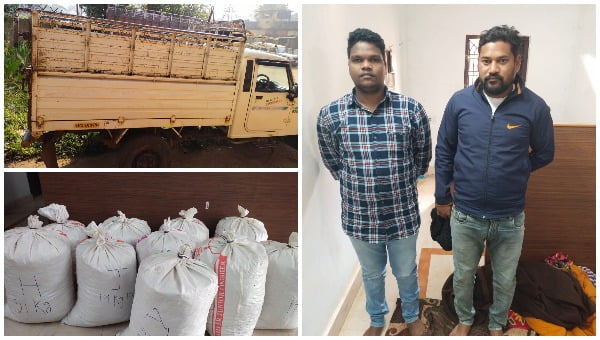 Koraput: A day after the seizure of Rs 1 crore worth ganja, police in Odisha’s Koraput on Tuesday recovered another illegal consignment being transported in a pick-up van at Nandapur.

Two persons, Nageshwar Gumpharay and Suresh Gumpharay of Champaput village under Padua police limits, have been taken into police custody for questioning.

According to police sources, the speeding pickup van, transporting the contraband from Padua, was intercepted near Thuba village and the contraband was found stacked in 20 sacks. The consignment was reportedly being transported to Andhra Pradesh.

The estimated value of the seized contraband, weighing over 2 quintal, would be around Rs 20 lakh in the international market, the sources added.

Omicron-Triggered ‘3rd Wave Of COVID’ To Peak In Odisha By Feb-End!