Omicron-Triggered ‘3rd Wave Of COVID’ To Peak In Odisha By Feb-End! 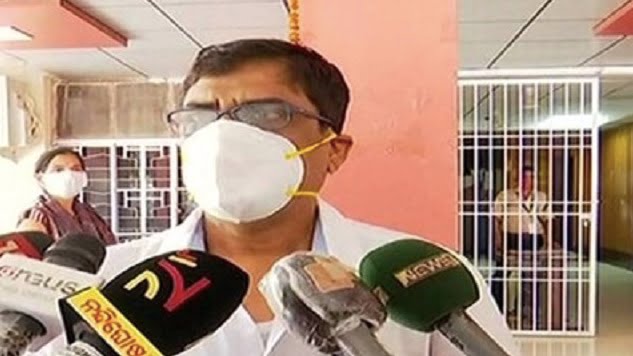 Bhubaneswar: The possible third wave of COVID -19 might peak in Odisha by February end, Director of Health Services Dr Bijay Mohapatra told the media on Tuesday.

“Odisha saw a delayed first and second wave in comparison to other states. According to ICMR, if the third wave arrives, it will strike Odisha early and may peak by February-end,” he said.

The health director said that Odisha is prepared the tackle the third wave and has strengthened the health infrastructure to meet any eventuality.

“The health infrastructure is being prepared in accordance with the Centre’s guidelines. The pediatric ward, oxygen, and medicine are being made fully available,” he said adding that the focus is on surveillance, testing, treatment, and vaccination of the people across the state.

Meanwhile, Chief Minister Naveen Patnaik has directed state officials to finish all the arrangements on a war-footing basis to tackle any eventuality in the wake of a surge in Omicron cases. Eight persons in the state have been infected by this variant of COVID-19 while India’s tally has crossed the 600-mark.

During the review meeting on Monday, he highlighted the need to accelerate the pace and coverage of vaccination. He further instructed to reactivate all protocols which were followed during the second wave and keep the COVID facilities and personnel on high alert.

Notably, researchers at IIT Kanpur have predicted that a third wave, which may be triggered by the Omicron variant of the Covid-19 virus, may peak in India by February 3.

The daily surge in COVID-19 cases hit a new record in Odisha when it breached 10,000-mark for the first time in May this year. After reaching the highest figure in the second wave on May 13 (12,390), Odisha saw a gradual decline in the number of cases.

Man Arrested In Odisha Capital For Forcing Girl To Visit Him At OYO Hotel; Check Details