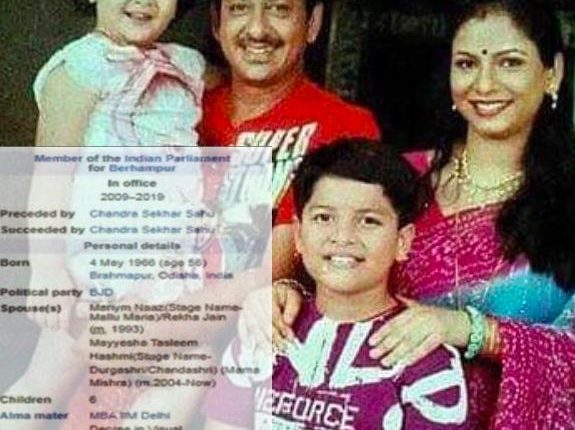 Bhubaneswar: Fans of actor-turned-politician Siddhant Mahapatra spotted a few blunders on his Wikipedia profile, which have since been rectified.

The free online encyclopedia, which is created and edited by volunteers around the world, mentioned that Siddhant married twice and fathered six children. It mistakenly claimed that Siddhant is the brother-in-law of Bollywood actress Farah Naaz with Mallu Maria (Mariym Naaz) as his first wife, whom he married in 1993. Later in 2004, he married Kannada actress Mayyesha Tasleem Hashmi. His legally wedded wife, Mama Mishra’s name also featured on the list.

Siddhant and Mama are parents to Sai Siddhi Mahapatra and a son Sai Samarth Mahapatra, who were mentioned as children from his second marriage. The portion on spouse and children has now been removed.

However, this is not the first goof-up involving an Odia actor. Wikipedia pronounced veteran actor Mihir Das dead on December 14, 2021, even as he was undergoing treatment at a private hospital in Cuttack. He breathed his last on January 11, 2022, at the age of 69.