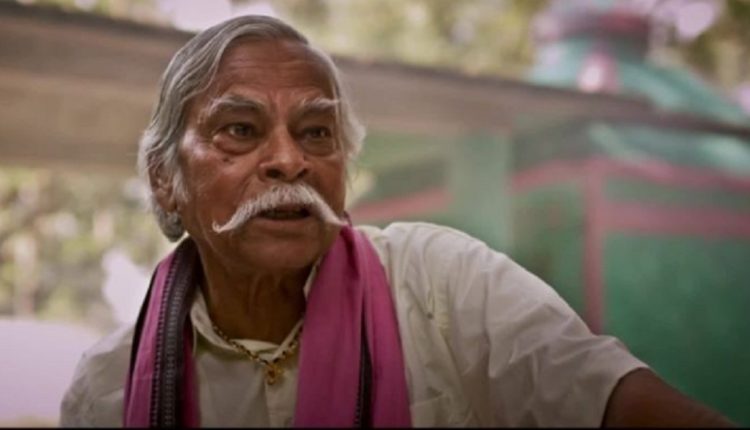 Bhubaneswar: Noted Sambalpuri actor Atal Bihari Panda, who played the titular role in the ‘Sala Budha’ series, passed away in the early hours of Saturday while undergoing treatment at Veer Surendra Sai Institute of Medical Sciences and Research (VIMSAR). He was 92.

He was diagnosed with septicemia and breathed his last around 3.45 am, informed his son Arun Panda.

A native of Binika village in Sonepur district, he made his debut as an actor with ‘Sala Budha’ at the age of 83 and bagged the ‘Best Actor Award’ at the 25th State Film Awards. ‘Aadim Vichar’, the sequel to ‘Sala Budha’, saw him winning ‘Best Actor’ and ‘Best Dialogues Writer’ awards the following year.

A man from theatre, Panda had also scripted several plays.

He was conferred with the honorary D Litt degree during the 30th convocation of Sambalpur University.

Actors Like Atal Bihari Panda Are Not Born Every Day: Odisha…