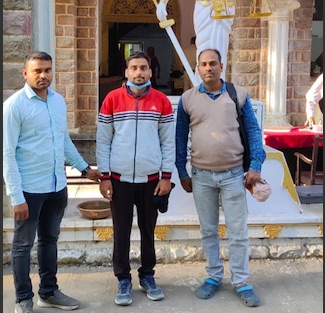 Bhubaneswar: The Economic Offences Wing (EOW) arrested a website expert (IT engineer) from Madhya Pradesh in connection with one of the biggest organised job frauds in India. He was brought to Bhubaneswar on a transit remand and produced before the SDJM court here on Sunday.

The accused identified as Arpit Panchal, a resident of Jaora in Ratlam district of Madhya Pradesh, was arrested on January 10 following raids at different places. He was an active member of a group of tech-savvy engineers from Aligarh, Uttar Pradesh, who carried out the fraud with the help of some expert website developers.

According to an EOW release, the accused Arpita Panchal holds a degree in Bachelor in Engineering and Information Technology. In conspiracy with other inter-state fraudsters, he duped at least 50,000 job seekers youth across the country of crores of rupees. He is currently employed with a private agency.

In connivance with Zafar Ahamad, who has earlier been arrested in the case and other fraudsters, he created and designed nine websites, which resembled Government websites advertising various government jobs.

Of these, the accused floated advertisements using four websites in Odisha. It is alleged that the accused have duped at least 12,000 job seekers in Odisha alone. They used to charge anything between Rs 3000 and Rs 50000 a candidate.

“It is quite possible that they developed and used many other websites too to lure/ cheat the poor gullible job-seeking youths in many states. Further investigation is underway,” the release added.