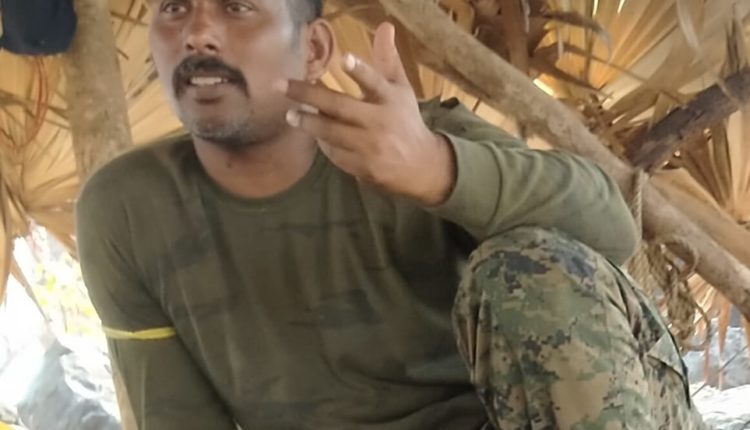 Bhubaneswar: Maoists on Wednesday released the photograph of jawan Rajeswar Singh Manhas whom they have claimed to have kidnapped during the gun battle with security forces in Bijapur of Chhattisgarh on Saturday.

The Maoists released the photograph of CRPF jawan from CoBRA unit to substantiate their claim that he was safe and sound in their captivity. In a press note issued on Tuesday, they demanded that they would release jawan Manhas after the government appoints interlocutors.

“The government must declare the names of interlocutors. After that, we will release the policeman in our custody. Till then, he will be safe under our security,” The Indian Express quoted Vikalp, spokesperson of the Dandakaranya Special Zonal Committee (DSZC) of the Maoists as saying.

Following the encounter on Saturday, the security forces had carried out search operation in the deep forest on Sunday and found Manhas missing.

On Tuesday, Inspector General of Police of Bastar range, P Sundarraj, said the police had not been able to locate Manhas. But they were aggressively pursuing search operations to trace him.

It may be noted that 22 security personnel were killed and 32 injured when they were ambushed by the Maoists during a combing operation in deep forest of Bijapur on Saturday.