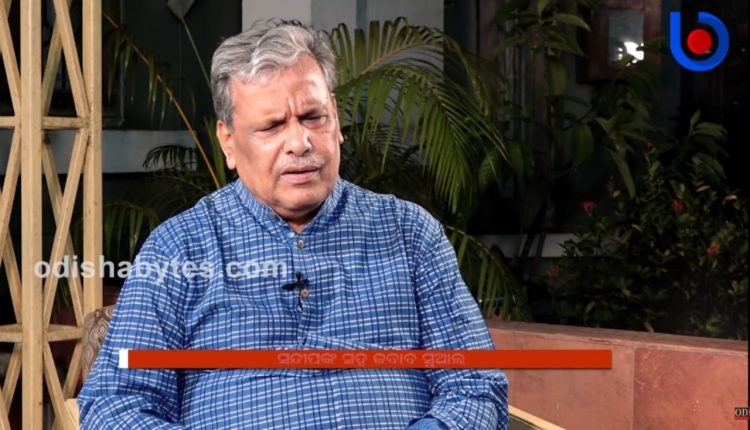 Bhubaneswar: Opening up on issues fuelling his much-discussed differences with mentor Biju Patnaik, veteran leader and former Union minister Srikant Jena said the former did not want him to contest the 1991 Lok Sabha elections against ex-Chief Minister Janaki Ballav Patnaik.

“I had differences of opinion with Biju babu on several issues. And when he was CM in the early nineties he did not want me to contest against Janaki babu,” Jena told Odisha Bytes in an exclusive interview here recently. Janata Dal’s Jena defeated Congress’ J B Patnaik in the high-voltage elections, two years after he had beaten JB’s wife and senior Congress leader Jayanti Patnaik for the same seat.

Jena, who is currently not affiliated with any political party after being dismissed from the Congress in 2019, attempted to play down his oft-reported hostility towards Biju and blamed the perception of him trying to pull down the legendary leader on the media and some political leaders without naming them.

“Having differences of opinion doesn’t mean I opposed Biju babu. I am an admirer of Biju Patnaik. A particular newspaper created such a perception and others followed. What happened to those who tried to take advantage of it? Where are they now?” he said, taking a dig at his political rivals without taking their names.

The political buzz in the nineties suggested Jena did not have the best of terms with some of the erstwhile Janata Dal’s Odisha stalwarts like Bijay Mohapatra, Nalinikant Mohanty and Damodar Rout.

Jena said he could not fight the perception as he neither had a newspaper nor did social media exist then. “As an MLA I had planned to launch a newspaper but subsequently abandoned the idea as I wanted to focus on my political work,” he disclosed.

Pooh-poohing allegations that he had played foul with Biju thereby preventing the latter from becoming a central minister in the H D Deve Gowda ministry in 1996-97, Jena said, “Biju babu could not become Union minister as the United Front’s core committee decided against inducting anyone facing corruption cases. Incidentally, Bijubabu himself was a member of the committee and was party to this decision.  J B Patnaik had instituted vigilance cases against Biju babu. How can I be held responsible? Rather I had said that such baseless cases should not debar him, and others like Madhavrao Scindia and Sharad Yadav, from joining the ministry.”

He went on: “Janata Dal had only three LS MPs (including Jena and Biju) from Odisha compared to Deve Gowda’s 20. In all, JD had 40 MPs. People in Odisha don’t understand such intricacies. Some thought I could decide who would occupy the Prime Minister’s chair. If they thought I was so powerful, why should I dilute such a perception?”