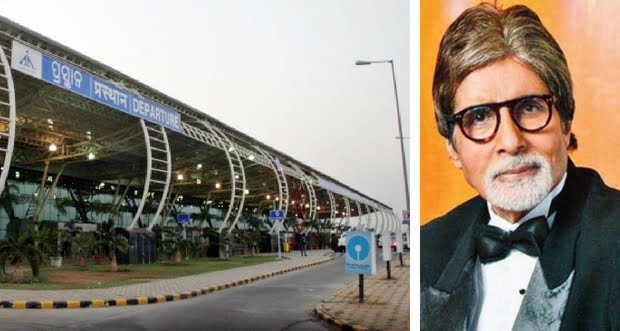 In an interview published in Airports India magazine, he said that the airport is his favourite because of the courteous ground staff and the in-city location that eases travel time. The superstar said the location is the most important factor and that ‘one need not leave ages in advance to catch a flight’.

He also stated that airport premises is clean and has all the necessary services despite being smaller than the ones in metros. 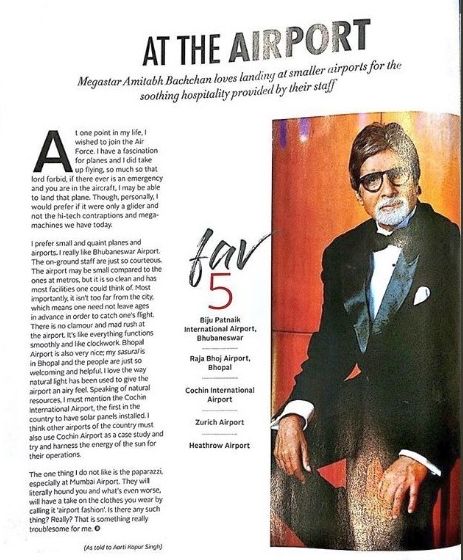 The senior Bachchan also pointed out that there is no mad rush at Biju Patnaik International Airport and everything seems to operate smoothly here.

In the same interview, he stated that he doesn’t like the presence of paparazzi at the Mumbai airport and expressed his displeasure over people being concerned over what one wears at the airport, popularly coined as ‘airport fashion’.

Apart from Bhubaneswar, the Kaun Banega Crorepati host is fond of Bhopal and Kochi airports, especially the use of natural lighting at Bhopal airport and the use of solar power at Kochi airport.