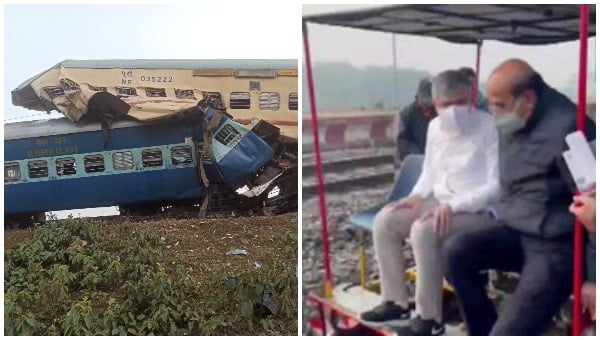 “Preliminary inquiry shows there was a glitch in locomotive equipment. The Commission of Rail Safety is conducting an inquiry to find the root cause behind the accident,” he told the media.

The disbursement of ex gratia amount to the families of the victims has begun, he further said.

The Centre has announced an ex-gratia of Rs 5 lakh for the kin of the deceased, Rs 1 lakh for severely injured, and Rs 25,000 for those with minor injuries.

“PM Modi is monitoring the situation and I am in constant touch with him. I wish a speedy recovery to the injured,” he added.

Meanwhile, the toll in the accident has increased to nine while 36 suffered injuries. Twelve coaches of the train had derailed near New Maynaguri and five of them overturned killing at least 6 people on the spot, officials said.

The rescue operation is complete and those injured are being treated, Union Minister for Minority Affairs, John Barla, had informed on Thursday after visiting the accident site.

PM Modi, Odisha CM Greet People On Makar Sankranti; Know The Scientific & Ritualistic Fervour Of This Festival With Many Names