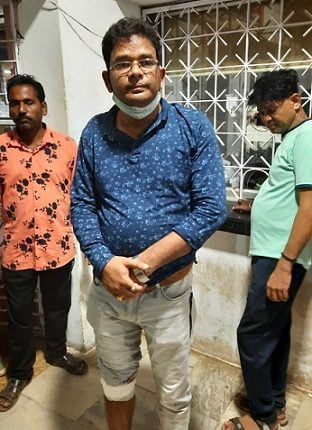 Bhubaneswar: The owner of a jewellery shop and one of his salesmen were severely injured when three bike-borne miscreants opened fire at them and robbed them of gold jewellery near Samantarapur in Odisha’s capital on Monday night.

The owner of Devi Durga Jewellery in Samantarapur and his salesman, who were returning home when the incident took place, have been admitted to Capital hospital, according to reports.

The miscreants fled in the Dhauli-Pipili direction.

Lingaraj police are investigating the incident. Miscreants targeting jewellery shop owners in Bhubaneswar are on the rise.