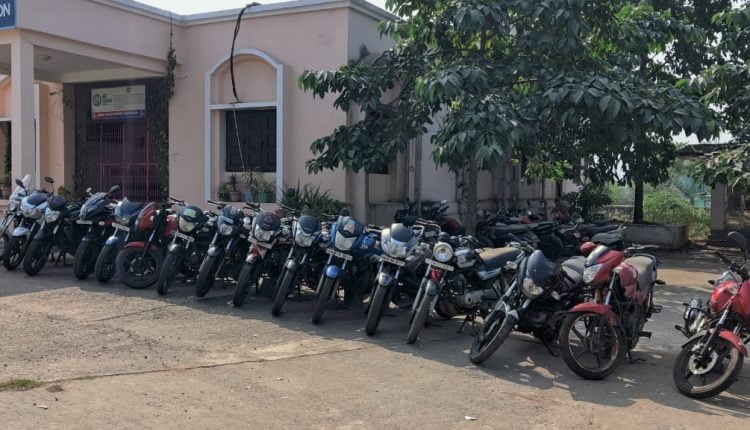 The accused are Gulam Husan Khan (43) and Lilu Behera (22). They were running a garage at Golabandha under Gopalpur police limits and stolen bikes were hidden in that garage.

They were nabbed during motor vehicle checking at Luchapada square on Sunday midday. They were driving a TVS Apache bike and during subsequent check it was found that the registration of the motorcycle was fake. They also confessed later that the same bike was stolen from Bhubaneswar.

Police have registered a case under Section 379/ 411/ 34 of the Indian Penal Code. We have forwarded Gulam and Lilu to the court. Investigation of the case is on, police said.