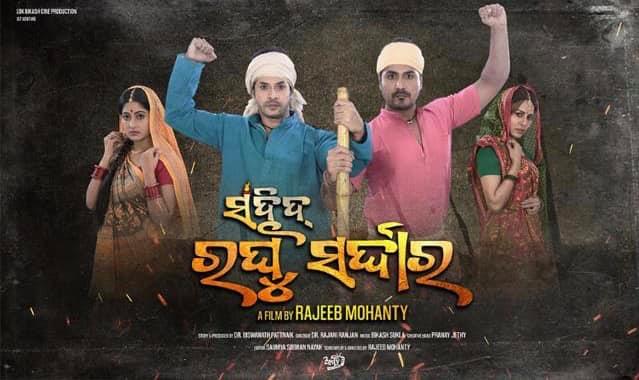 Bhubaneswar: Odia movie lovers will soon get the opportunity watch the exploits of freedom fighter Sahid Raghu Pattnaik on the big screen.

This is for the first time that Ollywood will have a biopic on a martyr from Odisha.

Raghu Pattnaik was a native of Barala village in Bayalis Mauja in Cuttack district. At a very tender age, he had developed a feeling of vengeance against the Britishers for their atrocities on Indians.

When Raghu was young, he went to Kolkata. After getting a job there, he took many of his fellow villagers to that city and helped them to find work.

The patriot then formed an association with those Odias in Kolkata to raise a voice against British rule. He was punished several times by the Britishers for his activities ans was finally murdered in jail.

In the forthcoming biopic, Ollywood actor Debashis will essay the role of Sahid Raghu Pattnaik and actress Lipsa Mishra will portray the character of his wife.

Ollywood actors Santosh and Kabya Kiran will play the roles of Bandhu Moharana and his wife, Raghu’s associates.

Besides, actors Pintu Nanda, Akhaya Bastia, Priyanka, Twinkle, Biju Badajena, Chodhury Bikash Das and Debu Patnaik among others will be seen in the movie.

The songs of the movie have been penned by Arun Mantri, Bijaya Malla and Ranjan Das and Bikash Sukla has scored the music.