Birth Of Another Conjoined Twins, This Time Girls, In Odisha 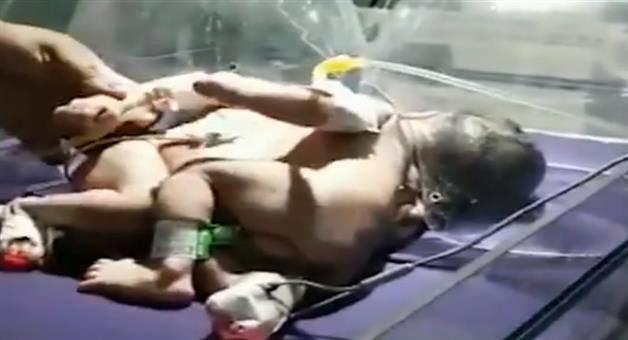 Dhenkanal: Even as Odisha eagerly awaits the return of separated-conjoined twins Jaga-Kalia, a pair of conjoined twins, girls, were born at the district headquarters hospital here on Monday.

Renubala Behera, wife of Pradeep Behera of Khalpal village of Parjang block in Dhenkanal district, gave birth to the twin girls joined from the chest to the stomach.

Both infants, who weighed 4.5 kg at birth, and the mother are stable, doctors said, adding that they would be shifted to Sishu Bhawan in Cuttack for further treatment.

Renubala was admitted to the hospital on Monday morning following labour pain. “My wife had undergone ultrasound here last month, but the doctors had not disclosed the test report to us,” Pradeep said. The couple already has a son.

In December 2017, a woman had given birth to twin baby girls joined at the stomach at Khalipatana near Sarankula in Nayagarh district.

Jaga and Kalia, joined at the head and separated following a rare cranial separation surgery at AIIMS-New Delhi, were born to a farmer family in Kandhamal district in April 2017.