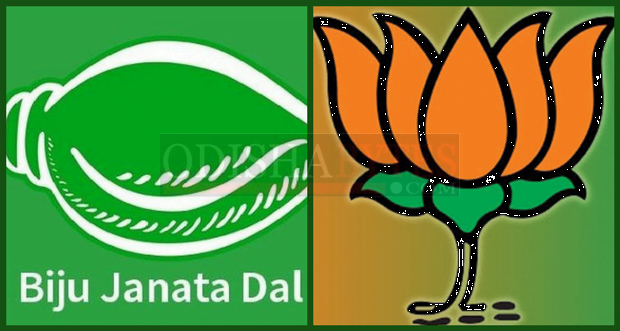 Bhubaneswar: The ruling BJD and BJP had a heated exchange of words on Wednesday over the acrimonious remarks by the Chhattisgarh chief minister Raman Singh on Mahanadi issue.

While the BJD slammed Singh for his arrogant remarks, the BJP said that there is no point in discussing the matter as it is sub judice.

Briefing the press here, BJD vice-president Prasanna Acharya said on the basis of which law or inter-state river water disputes tribunal has the Chhattisgarh chief minister made such a sloppy statement? There is no rule that the state with larger catchment area will use more water. In this context, Singh’s statement is a gross violation of the law and utter disrespect to the Supreme Court, he pointed out.

The Rajya Sabha member also said Odisha had an agreement with the undivided Madhya Pradesh that it would supply around 5 mega watt (MW) power to the latter from the hydropower unit at Hirakud.

While Odisha is still abiding by the agreement, the Chhattisgarh (after being carved out of Madhya Pradesh) is openly flouting the clauses of the agreement and the federal law, he alleged.

Reacting to Acharya’s statement, BJP spokesperson Golak Mohapatra said the BJD government should concentrate on the works that can be done to ensure water for the people of Odisha.

“There is no point in the statement of the Chhattisgarh chief minister. When Odisha approached the apex court demanding a stay on the construction of barrages by the Chhattisgarh government on the upper catchment of Mahanadi and formation of a tribunal to resolve the issue, there was no response from the latter on the demand for a stay order. Though the BJP later had proposed to resolve the dispute through mutual discussions, the Odisha government had turned down its proposal. But as a tribunal has been formed following the directive of the apex court, the state government has to wait for steps to be taken by the tribunal to resolve the issue, he pointed out.

Supporting his contention, another BJP spokesperson and lawyer Pitambara Acharya said the BJD government is trying to politicize the issue as the election is round the corner.

Taking a dig at the ruling party, he said while it could not build a single project on Mahanadi during its 18-year stint in power, how it can build seven barrages on Mahanadi within a year?

In a statement, Shankaracharya of Puri Gobardhan Peeth Swami Nischalananda Saraswati said the Mahanadi row can be resolved if both the states settle their differences amicably.

Notably, the Chhattisgarh chief minister on Tuesday had said that no one can stop his state from using Mahanadi water. He had also said that the Odisha government is politicising the issue.

One Killed, 24 Injured In Separate Road Mishaps In Odisha

Will Taliban Leader Be Allowed To Speak At UN General…