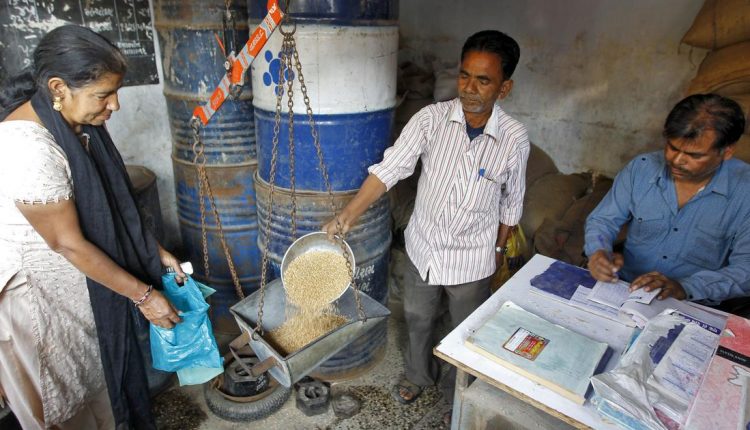 Bhubaneswar: The war of words between the ruling Biju Janata Dal (BJD) and opposition Bharatiya Janata Party (BJP) over the distribution of free rice to families in the state intensified on Friday with each claiming that the other was spreading false propaganda on this issue keeping the election year in 2024 in mind.

Addressing a press conference here on Friday, BJD MP and spokesperson Sasmit Patra said, “So far, 10 kgs of rice per month was being provided to 3.25 crore people of Odisha – 5 kgs under the National Food Security Act (NFSA) and 5 kgs under the Pradhan Mantri Garib Kalyan Anna Yojana (PMGKAY). However, the Centre has now stopped the PMGKAY and it will badly affect the poor and farmers.”

Demanding that the Centre immediately resume the PMGKAY, the BJD spokesperson said that after the Covid pandemic and all savings were exhausted, the poor needed the PMGKAY support for a much longer time. Stopping it will burden the poor. “Why is the Centre slashing the food security of the poor?,” he questioned.

According to Patra, farmers were benefitting due to PMGKAY. Additional 5 kgs of rice per person led to rice procurement by the Centre; thereby the farmers could sell their surplus rice and benefit from the MSP paid to them towards it. Now the farmers of Odisha face a grave challenge due to stopping the PMGKAY. Patra said, “Now there will be no additional procurement of rice, no more MSP to farmers. Where will they sell their produce?”

Further, many eligible families of Odisha are deprived and should be included in the programme but the Centre has not considered them even after so many years, he added.

Meanwhile, Golak Mohapatra, BJP general secretary, blasted the BJD for hiding the truth from the people. He said, “The Centre has been spending Rs 700 crore every month to provide the poor in Odisha with free rice. While the Centre was paying Rs 34.28 per kg of rice distributed free among the poor, the state government spent just Rs 2 per kg of rice. The funniest thing is that the state government has been taking the entire credit for the free rice.”

Now, with only 5 kgs of rice being distributed under the Pradhan Mantri Garib Kalyan Anna Yojana, the state will not spend a single penny. “The cut in free rice supply will expose the BJD and affect its prospects before the 2024 elections and this is why they are raising a hue and cry,” Mohapatra alleged.

“Instead of doing politics over the issue, the state government should work on the plan for seamless distribution of free rice among the poor in the state,” he added.

Political observers here say that the bitter fight over the free rice distribution is another issue that will affect the parties in the upcoming general elections. Both parties are raising the issue because each wants to claim the credit for the free rice to boost their electoral prospects.