BJD Has No Long-Term Vision for Odisha: Aparajita Sarangi 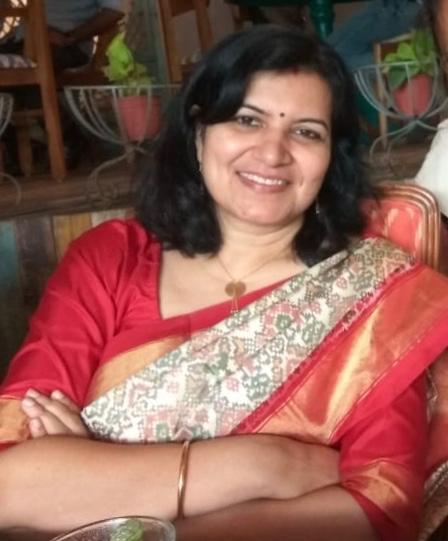 Bhubaneswar: Aparajita Sarangi is not new to fame or controversies. Her decision to quit the Indian Administrative Service (IAS) and join politics months before twin elections are scheduled in Odisha has provided much grist to the political mill. As the 49-year-old begins the second innings of her career, she tells Odisha Bytes in an exclusive interview that she is ready for the long haul. Excerpts:

Q)  After 24 years as a bureaucrat, why politics? Were you not satisfied as an IAS officer or is that you could not achieve what you wanted to do?

A)   I have good memories as an IAS officer. It was an enriching and fulfilling career and the Odisha government gave me very good postings and responsible tasks. I enjoyed those and did my best. But in the last 3-4 months, I thought there is not much to give to IAS and not much to take from it either; I would be working within a limited environment and would not impact the lives of the people in a big way. So, I have pursued my heart’s calling and joined politics. It will give me a larger canvas because politics is the biggest platform to serve the people. My husband (IAS officer Santosh Sarangi) and children have backed my decision.

Q) How long had you been planning to enter politics? Or, was it because you got a good offer?

A)   It was at the back of my mind for quite some time and I was getting restless to do more for the people. It’s not that I got an offer and joined politics. It was a well-considered decision. After 24 years as an IAS officer, you cannot expect me to be abrupt in my decision making. I read three books on BJP, biographies of Deen Dayal Upadhaya and Narendra Modi and Abdul Kalam’s ‘Wings of Fire’, which is also one of favourites, and also took the advice of many of my IAS seniors before making up my mind. 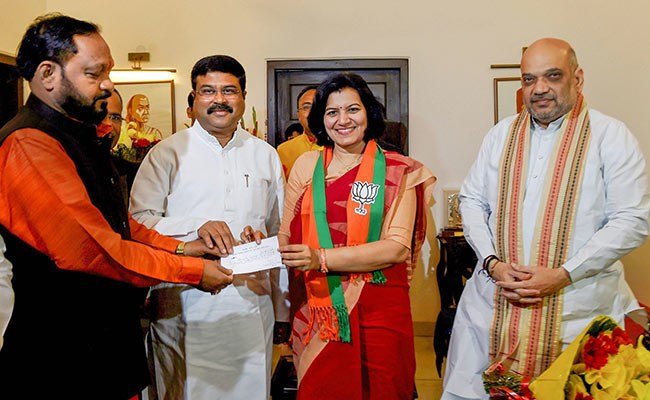 A) I saw two things: the party’s objective and the leader. The BJP is development-centric. Action attracts me a lot and there is energy in BJP. I get irritated with stagnation. In BJP, there is focus on the use of technology and speedy development. Prime Minister Narendra Modi is my role model. I am highly impressed with his working style. He is hard working, full of energy and makes everyone accountable to the system.

Q)  You admit the Naveen Patnaik government gave you good postings then why didn’t you join BJD?

A)   It was a conscious decision. There was no question of joining a regional party. Besides, BJD doesn’t seem to have a long-term vision for Odisha. Presently, BJD is on a ventilator. It’s just a matter of time. Governance is a serious matter; it cannot sustain ad hocism for long. Tremendous maturity is needed for handling governance issues. The government should be pro-welfare but stop appeasing people for votes. Since I was earlier a government servant, I was bound by my Constitutional principles. But now, I can speak. The BJD government gives knee-jerk reactions to issues.

A) I will cite a few examples. One, Bhubaneswar frequently experiences water-logging and excavators are pressed into service but there is no permanent plan to fix it. Two, 60 per cent of Odisha’s population depends on agriculture. But going by the state government’s Economic Survey 2017-18, the compound annual growth rate of the agriculture sector from 2011-12 to 2017-18 is only 2.8 per cent; the same in Madhya Pradesh is 14 per cent. This is because there is no vision, no long-term prospective plan. Three, Mission Shakti was launched in March 2001. I was the project director for four years from 2003. I undertook frequent tours and the government provided financial assistance to women self-help groups. That was then. But after so many years, the same approach continues. Where are the forward and backward linkages?

Q) You are talking about the need for long-term prospective plans. The BJP was part of the alliance government (with BJD) from 2000 to 2009. Why has it not come up with its vision for different sectors? 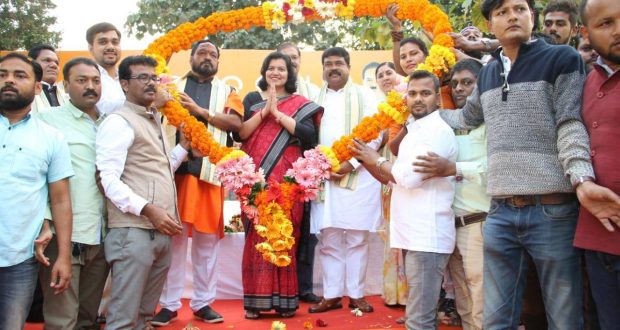 Q)  In your role as an administrator, you seemingly had problems with politicians, including your political bosses. How do you think you can manage with the political class now?

A)   That’s a misnomer. There has never been any fight. The difference of opinion on principles has been looked upon as fights. There is no question of me being discourteous to anyone. I am a diehard positive person and never see darkness. I want to do good things for the system and am very confident. Politics is not an impossible area. Yes, it will be challenging. But I am very comfortable and hopeful.

Q)  You have been talking about development. What were the obstacles you faced in expediting development as an administrator? How do you think you can overcome those as a politician?

A) The Odisha government has never given any vision document to any officer, but the Centre has. There is no gram panchayat-level or block-level plan (if we take GP or block as the unit). No gap assessment is being done. In the whole process of development, there is no bottom-top approach in Odisha. There are around 48,000 villages but where are the people in the planning process? It’s only top-bottom approach. There is hardly any monitoring. No one bothers about implementation of schemes, no mid-term assessment is done, no corrective measures are taken. There is no accountability. Good officers and bad officers are treated the same. There is no specific guidance from the government. As a team player, I never had any problem because I had the drive and was self-motivated. In politics, I will take it as it comes. I am a class one student of politics, but believe in ‘sabka saath, sabka vikas’. 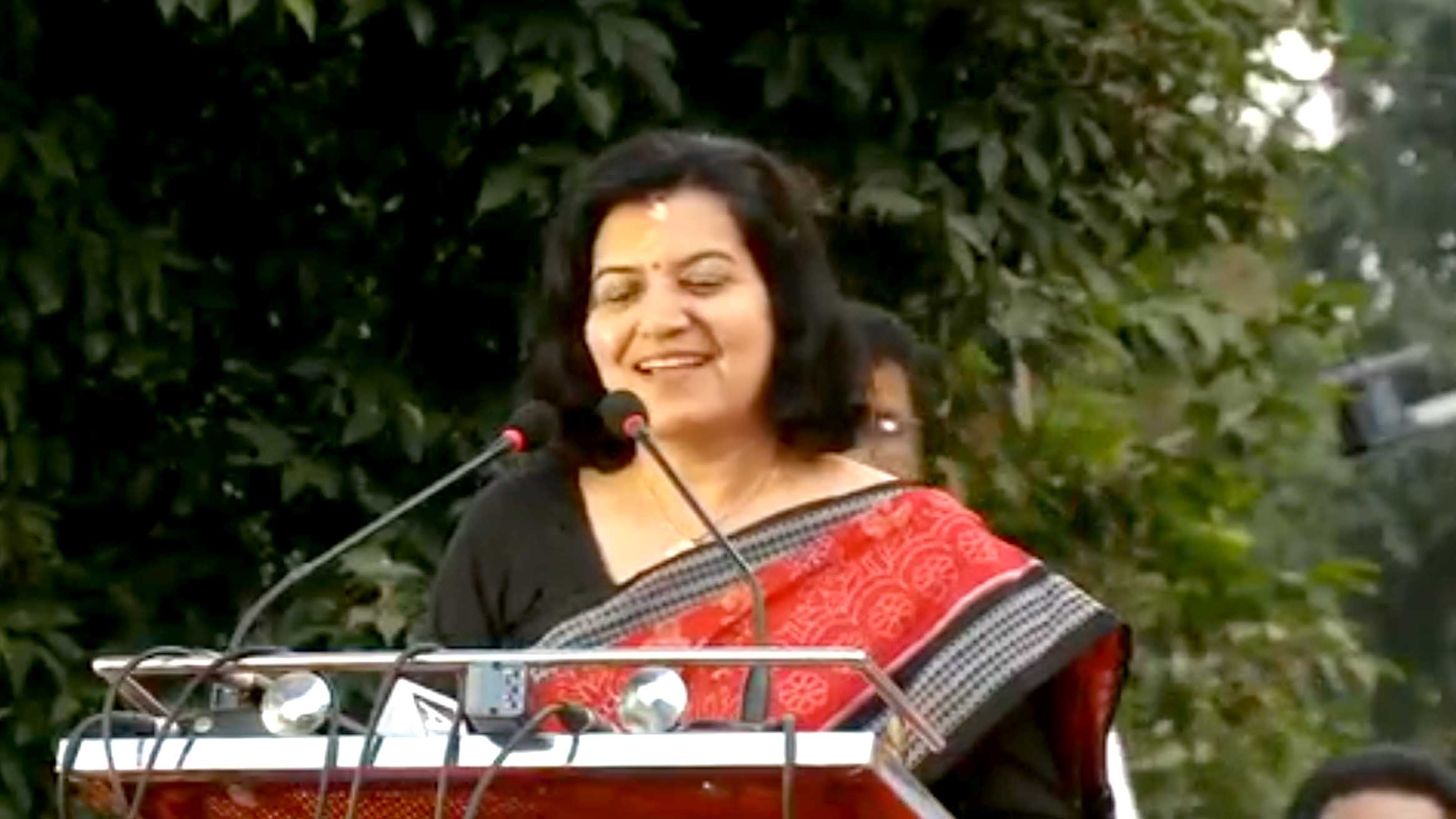 Q)  What do you think are the ills plaguing governance in Odisha?

A)    Primarily, there is no accountability in governance. For effective governance, grievance redressal is important. We should have toll-free numbers for all sectors. Because there is lack of vision there is no sustainable development. You can’t continue to give doles. We need to work on capacity building of the people. Employment is an issue. But according to Economic Survey 2017-18, the number of employed in the organised sector has dropped from 7.45 lakh in 2005 to 5.39 lakh in 2015. In mining, direct employment has gone down, from 32,901 in 2012-13 to 18,600 in 2016-17. The sponge iron units have closed. Our people are going to Surat, Tirupur, Kolkata, Kerala and other places for work. Why not create jobs in our state?

Q) You were part of the Odisha administration for long. Are you now trying to settle scores with the ruling BJD with whom you did not share the best of terms? Are you still bitter about your frequent transfers while working in Odisha between 2009 and 2013?

A)   Not at all. I have thanked the state government for giving me good postings. I am saying all this because I feel for the people of Odisha and cannot adjust to activities that are going on in the state to remain in power.

Q) Which attributes of yours do you think will help you do well in politics?

A) I have a lot of faith in the wisdom of the people of Odisha. Their love and affection pulled me out of my comfort zone. I believe politicians can be honest, good and positive and still be successful. I am meeting a lot of people and it’s a good learning experience. There is a clarion call for change. People are looking for a new style of leadership that is energetic and dynamic. Participatory development is essential.

Q) Serving bureaucrats becoming partisan and having political aspirations. People like you joining politics ahead of elections. How do you see this trend?

A) All I can say is that when you are a bureaucrat, you cannot be in politics as it violates the All India Services Cadre Rules. I resigned and waited for three months to join politics. Politics needs good and educated people.

Q) Will you contest the 2019 elections? There is talk that there was a deal before you joined BJP and you could be the party’s CM face in Odisha?

A) There has been no deal. I am a sincere party worker. The party’s decision is final. Whatever the party decides, I will abide by it.