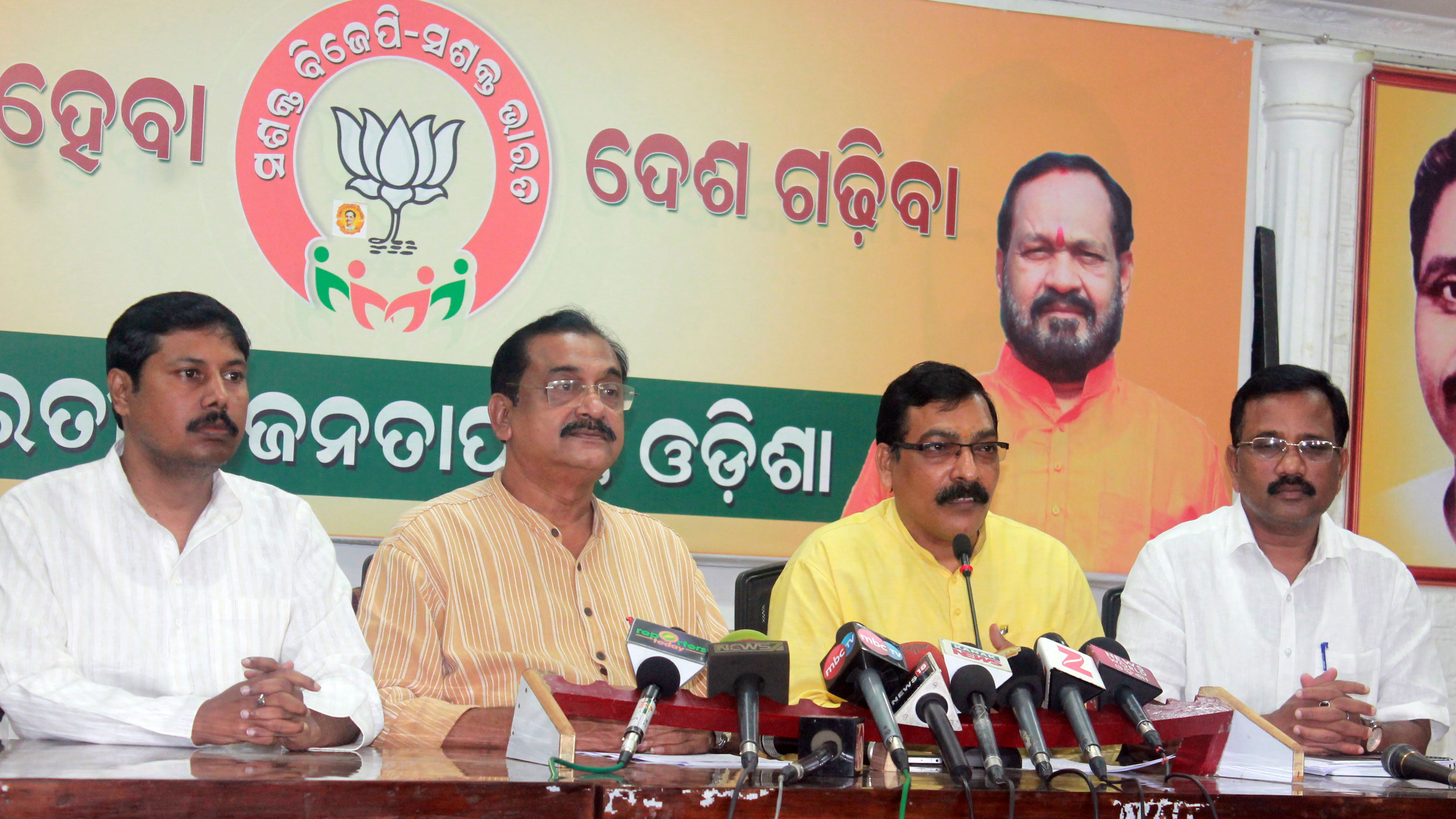 Bhubaneswar: The two-day workshop of BJD for booth observers was an attempt by the party president Naveen Patnaik to stall the growth of the saffron party at the grassroots, BJP spokesperson Golak Mohapatra alleged on Monday.
Addressing a media conference at the party office here, Mohapatra claimed that the growing strengthen of BJP in the state had rattled the ruling party and the launch of ‘Ama Gaaon Ama Bikash’ programme was aimed at checking its progress at village and booth levels.
“While the BJD supremo earlier claimed that his party was the strongest in the state, things are changing now. He himself had indirectly accepted this following the saffron party’s success in the panchayat election,” he said.
The fear of BJP has had forced Naveen to mingle with people, take selfies and use social media to interact with public.
Commenting on BJD accusing the BJP of negative campaigning, the saffron party leaders questioned incidents like Dana Majhi, Nagada child deaths and death of Manasi, the face of malnutrition, water scarcity in villages during summer, chit fund scam, mining scam, cereal scam, sand scam and CM’s false affidavit on ‘dubious funding’.
They also accused the state government of underutilising the central funds.
BJP State unit vice-president Sameer Mohanty, state secretary Kalindi Samal and Dillip Mallick were present.