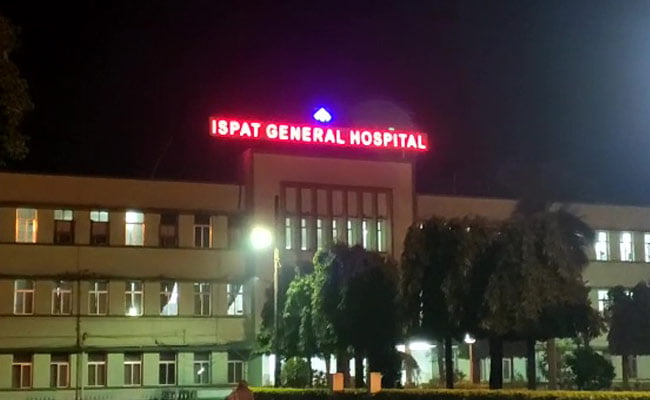 Rourkela: The scheduled inauguration of the newly constructed Super Specialty Hospital at Ispat General Hospital by President Ram Nath Kovind on Sunday took a political colour as different parties, including the ruling BJD, in the state on Friday staged protests against it.

The BJD and Left joined hands to form a human chain along 18-km Ring Road while Congress staged a demonstration near Ispat Market against the inauguration.

“Neither the modalities of the hospital have been finalised nor a single person for running the hospital has been appointed. Under the circumstances, inauguration of a hollow building will only be a disrespect to our President,” said Rourkela MLA Sharada Prasad Nayak, who led from the front in forming the human chain.

The Left parties like CPM and CPI also joined this human chain. “We demand that the management of newly constructed super specialty hospital be handed over to AIIMS so that the hospital can deliver real benefits to the people of the locality,” said state secretary of CPM Bishnu Charan Mohanty.

The Congress, on the other hand, staged the demonstration against BJD demand for handing over the hospital management to AIIMS. “BJD MLA Sharada Nayak and Subrat Tarai of Rourkela and Raghunathpalli respectively have been demanding that the management of newly-constructed hospital should be handed over to AIIMS but the government has recommended to give NTPC constructed hospital at Sundargarh to AIIMS,” said senior Congress leader of the district Biren Senapati.