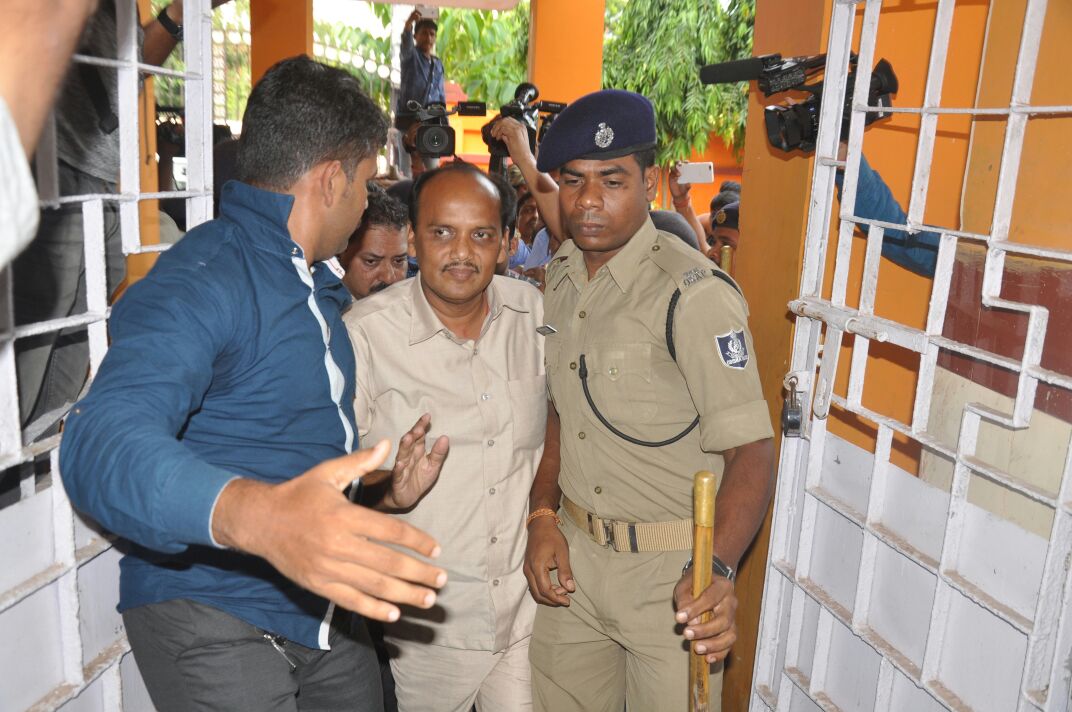 Bhubaneswar: BJD MLA Pravat Biswal was sent to Jharpada jail after the CBI produced him in the court here on Friday a day before the end of the four-day remand period.

The court also directed the jail superintendent to conduct a health examination of the lesgislator following which a decision on whether to shift him to hospital or not will be taken.

After his arrest on Monday, Pravat’s lawyer Anup Senapati had said that he will file a bail petition in court on health grounds. The legislator had recently undergone a surgery. A team of doctors, who examined him at the CBI office on Tuesday, found symptoms of high blood pressure.

Pravat was arrested by the CBI from his Mahanadi Vihar in Cuttack for his alleged involvement in the multi-crore chit fund scam in Odisha. The Cuttack-Choudwar MLA and his wife Laxmi Bilasini Biswal, a former zilla parishad president, were quizzed by the CBI several times in the past in connection with a land deal involving Seashore Group of Companies.