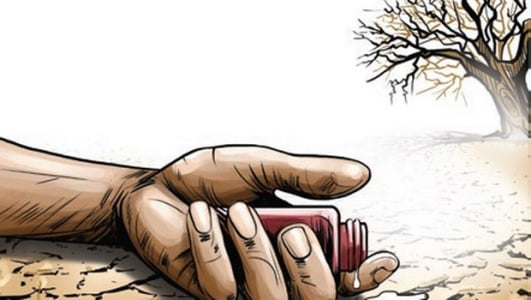 Dhenkanal: Tension ran high in Kalyansinghpur block of Dhenkanal district after a group of BJP activists blocked Natonal Highway-53 near Baunsapal Chhak on Tuesday over the death of a farmer.

The saffron party members demanded a compensation of Rs 20 lakh for the family of the deceased and farm loan waiver.

The agitators withdrew the blockade after the district officials assured them that the farmer’s family will be compensated.

The farmer, Basu Hembram of Lembupal village under Baunsapal Panchayat in the district, had allegedly attempted suicide by consuming poison earlier on October 31. He was admitted to the district headquarters hospital. However, he died on Friday while undergoing treatment in the hospital.

According to reports, Hembram had taken a loan of Rs 30,000 from a private money lender and was under mental stress following crop loss.