BJP, BJD War Of Words Over Cap On Lifting Parboiled Rice From Odisha 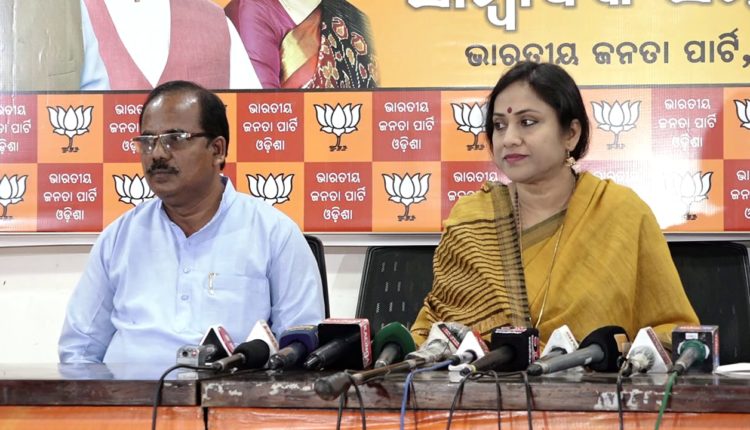 Bhubaneswar: Paddy was once again the issue of debate between the ruling BJD and Opposition BJP as the two parties resorted to a blame game over procurement on Monday.

While the BJD claimed that the Centre is not purchasing surplus rice procured by Odisha Government, the BJP countered saying though the Centre is releasing large amount of funds to the state’s coffers but Odisha has failed to utilise it for the welfare of farmers.

Addressing mediapersons at the party headquarters here, senior BJD leaders Rohit Pujari, Snehangini Chhuria and Rajendra Dholakia said Odisha has doubled farmers’ income and increased production to become one of the top four contributors of rice to India’s Public Distribution System (PDS).
However, in a recent letter the Centre stated that they would impose a cap on lifting of parboiled rice up to 50 per cent of the original estimates and would not accept any surplus parboiled rice during Rabi season 2020-21.  The leaders said the anti-farmer decision by the Centre will severely affect the farmers of Odisha.
Pujari further accused the BJP of shedding crocodile tears over farmer issues. “Out of the 55 Lakh MT parboiled rice produced in Odisha till now, we will keep 24 Lakh MT for the State’s consumption. The Centre’s decison will put an additional burden of Rs 10,000 Crore on Odisha,” he said.
BJP state general secretary Lekhashree Samantsinghar refuted the allegations and said the BJP at the Centre purchases rice from states through agreements. The state governments purchase surplus amount on their own.
Hitting back at the ruling-BJD for slamming the Centre over paddy procurement, she further demanded opening of mandis and procurement of paddy across the State. Crores of rupees released by the Centre for the development of mandi infrastructure in the State are lying unused, she further alleged.
BJDBJPLekhashree SamantsingharodishaRohit Pujari
Share FacebookTwitterGoogle+ReddItWhatsAppPinterestEmail

Attack On Suvendu’s Rally In Kolkata; BJP, TMC Blame Each Other