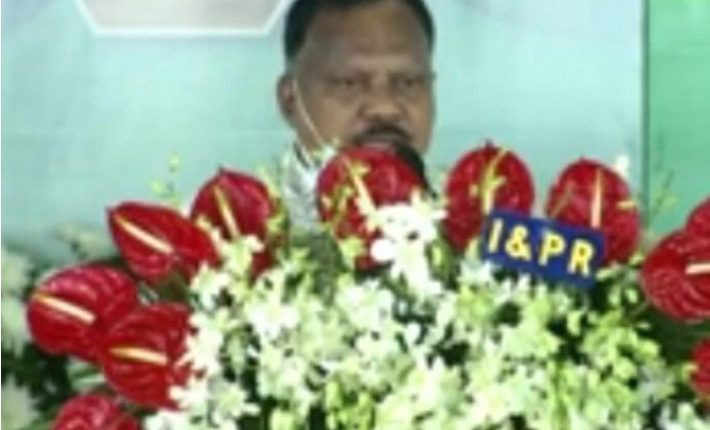 Bhubaneswar: The BJP on Sunday came down heavily on Deputy Speaker of Assembly Rajanikant Singh for calling chief minister Naveen Patnaik as God of the people of Odisha.

Terming Singh’s statement as the height of sycophancy, BJP leader Kalindi Samal in a release said Lord Jagannath is the only God for 4.5 crore people of Odisha. Likening the chief minister to God not only disrespects the religious sentiments of all Odias but also is an affront to Lord Jagannath, he added.

The minister had made the statement in his speech at a function organised on the occasion of distribution of smart health cards under Biju Swasthya Kalyan Yojana in Angul district on November 20.

Samal said since the chief minister, who was present at the function, had remained silent when the deputy speaker made the statement, proved that Naveen supported his views and sycophancy.

Stating that if Singh’s father and former minister AP Singh were alive, he would have denounced his views, Samal said the people of Odisha will give a befitting reply to the ruling BJD in next election.