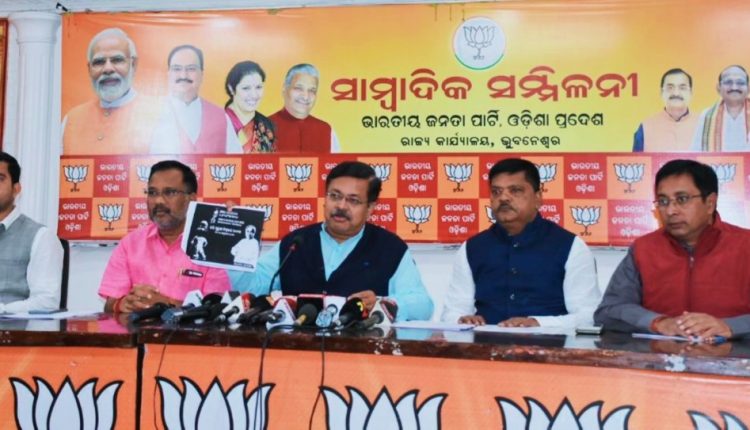 Bhubaneswar: Coming down heavily on the BJD government in Odisha, opposition BJP on Wednesday accused it of giving publicity to Chief Minister Naveen Patnaik in the name of Hockey World Cup in a bid to restore his image.

Addressing a press meet in Bhubaneswar, BJP state general secretary Prithviraj Harichandan alleged that the state government organised gram sabhas coinciding with the opening ceremony of Hockey World Cup in a bid to restore the image of Naveen and BJD, tarnished in recent past.

Grama sabhas which were slated to be held on January 26 are now being conducted 15 days ahead of the scheduled date, he said, asking the state government to explain as to why the gram sabha was advanced.

Stating that the government has decided to telecast matches at every panchayat office, he said an estimated Rs 30,000 has been approved for each grama sabha for the purpose.

Instead of popularising Hockey World Cup, the BJD government appears to be campaigning for itself, Harichandan alleged.

Stating that issues relating to MGNREGA and Pradhan Mantri Awas Yojana (PMAY) are usually discussed in gram sabha, the senior BJP leader said the state government must prepare a list of eligible beneficiaries of PMAY and display the lists on the wall of every panchayat office.

Asking government to delete names of those who are not eligible to avail benefits under the scheme, Harichandan said BJP will lock all the block offices across the state if the government fails to display the list of PMAY beneficiaries.