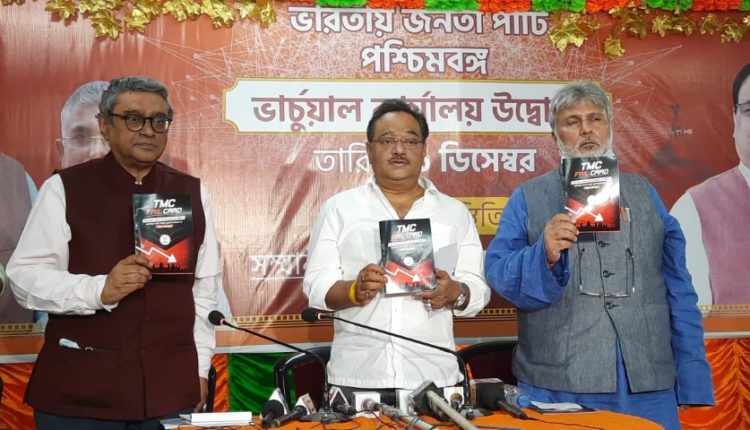 “Mamata Banerjee claims that the consumption of electricity has increased in the state, but the truth is the rate has gone down due to the increase in charges. Bengal actually ranks 25th in the country as far as power consumption is concerned. People of the state know that the TMC government has only deprived them,” Dasgupta remarked.

He also mentioned that the 10 years of Trinamool Congress regime will be known as ‘black years’ in the history of Bengal politics.

Bengal BJP spokesperson Samik Bhattacharya said that state GDP has gone down drastically, so much so that the state is now 31st out of 32.

“Different industrialists initially thought of investing in the state. The next government will face a debt of Rs 5 lakh crore. The ruling TMC government is just replicating the violent politics of 1972 when the then-ruling Congress resorted to violence just to remain in power,” asserted Bhattacharya.

Meanwhile, Central BJP leader and Bengal observer Kailash Vijaywargiya said at a public rally at Patharpratima that the TMC government is involved in several scams and that the BJP will soon oust the ‘tyrannical party’.

Trinamool Congress retained its majority in the legislative assembly by winning 211 seats in the 2016 assembly polls, while in 2011 it had won184 seats.