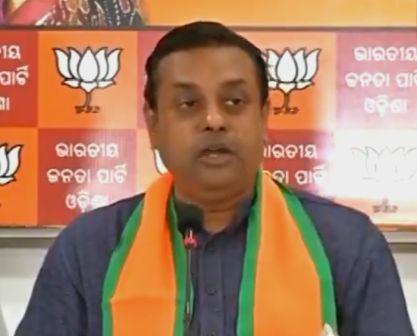 A delegation of the opposition party in the state led by Patra and leader Mohan Majhi met the CEO Sushil Lohani and took up the matter in the light of explosion in Balanga police station under Pipili Assembly constituency, where polling is scheduled on September 30.

Stating that the electoral process was under threat, Patra suspected that police were hands in glove with the anti-social elements to disrupt the polling process. Patra had unsuccessfully contested the 2019 Lok Sabha elections from Puri, of which Pipili is one of the seven Assembly segments.

Patra demanded deployment of central forces in sensitive and extremely sensitive booths of the constituency to ensure free and fair elections. Of the 348 polling booths in Pipili, the CEO has declared 102 as ‘hyper sensitive’ and 78 as ‘sensitive’. Pipili constituency has a history of witnessing political violence.

Earlier in the day, Patra said since Pipili comes under Banlanga police station and the SDPO belongs to Pipili, the safety of the voters was under threat. The BJP will move Election Commission of India in this regard, he added.

Countering Patra’s allegation, senior BJD leader and minister Samir Das said the explosion is suspected to have occurred due to the explosives seized in 2018 and there was no connection between the by-election and the incident.

The bypoll has been necessitated by the death of sitting MLA from the constituency Pradeep Maharathy in October 2020.

While the ruling BJD has fielded Rudra Pratap Maharathy, the son of former MLA late Pradeep Maharathy, as its candidate, Ashrit Pattanayak is the BJP nominee and  Bishwokeshan Harichandan Mohapatra the Congress candidate in the byelection.