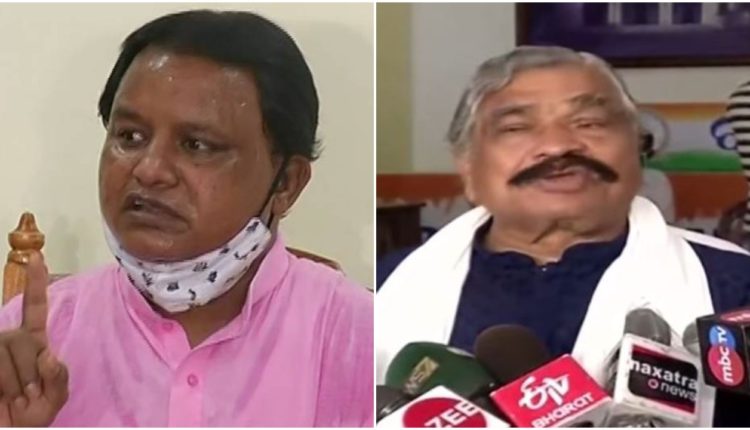 Bhubaneswar: The BJP on Saturday demanded a white paper on the actual COVID-19 deaths in Odisha.

Opposition chief whip Mohan Charan Majhi said at a press briefing here that there is a gross disparity in the number of COVID-19 deaths reported in the media and the number stated by the state government.

Citing the examples of states like Rajasthan, Bihar and Assam, which have released revised COVID-19 casualties, he urged the state government to come up with actual number of deaths and issue a white paper so that the children who have lost their parents are not be deprived of financial assistance.

Majhi said that the state Revenue and Disaster Management Department had, in a notification on March 13, 2020, announced COVID-19 as a state disaster under section 2 (d) of the Disaster Management Act, 2005. Like the three aforesaid states are providing the ex-gratia to the families, he urged the Odisha government to implement the same.

The BJP leader also demanded the implementation of Ayushman Yojana of the Centre.

“The Odisha government is implementing its scheme Biju Swasthya Kalyan Yojana for the treatment of the patients. As the people of Odisha and the media are well aware of the mode of implementation of this scheme, the state government should implement the Central health scheme so that it save the expenses towards the treatment of the patients under its own scheme and utilize it to strengthen its health infrastructure.

Supporting Majhi’s demands, Congress leader Suresh Routray said that his party in the last Assembly session had asked the government to issue a white paper and mention the exact number of deaths caused by COVID.

“I had given a memorandum to the Chief Minister mentioning the names of 3,200 people who have died of COVID-19 in Begunia, Bolagarh, Khurda, Balianta and Balipatna blocks, Khurda, Bhubaneswar and Jatani municipalities in Khurda district. If 3,200 people have died of the virus, you can imagine the number of death in other districts. I want to ask the state government why is it reluctant to reveal the exact number of deaths?” Routray asked.

There was no immediate response from the BJD.