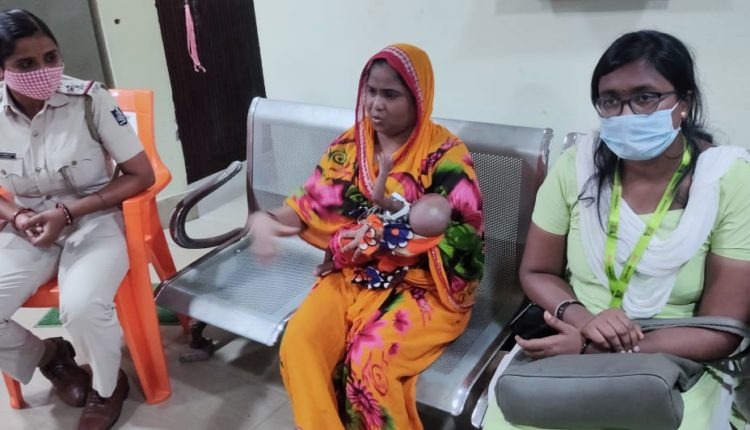 Bhubaneswar: A six-day-old baby boy, who was allegedly sold by his parents for Rs 10,000, was recused by a team of Commissionerate Police and Childline officials from Malisahi in Odisha capital on Saturday.

Speaking to Odisha Bytes, Director of Childline, Bhubaneswar, Benudhar Senapati said that this is the first infant-selling case in Bhubaneswar this year.

He said that they had received a video clip from DCPO, Khurda, on Friday night about the sale of a child. “We formed a team and started investigating the matter from today morning and it went on till 3 pm,” he said.

After receiving a clue, the Childline team took help from Bhubaneswar DCP, Zone -1 ACP and IIC of Kharvel Nagar to trace the baby boy. “The biological parents wanted to sell the baby as they already had several mouths to feed and no money to survive on the street. They sold the baby to a childless couple,” he added.

Police have detained the woman who had bought the infant from the nomad couple.

“They were about to abandon the baby. Since I have no children, I asked them to hand it over to me for which they demanded Rs 10,000,” she said.

Senapati said that Childline has also lodged an FIR in Kharvelnagar police station. “The act of selling and buying of a child is punishable under Section 80 (Illegal Adoption) and Section 81 (punishment for buying and selling a child) of Juvenile Justice Act 2015 and other provisions of law,” he informed.

He further said that the street children are among the worst affected by the COVID-induced lockdown as these families are not covered under any food security scheme. “In March last year, the government had decided to provide cooked food to poor and destitute people. There have been no such announcements this year,” he added.

Meanwhile, police have started investigating the matter. “All facts will come to the fore once the probe is over. For the time being, the baby will be taken care of at an adoption centre,” said a police officer.