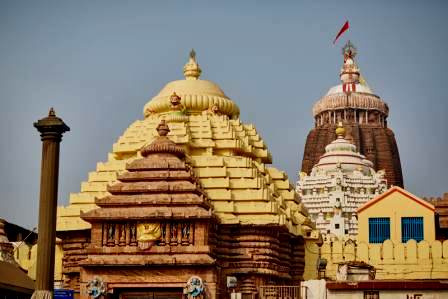 Bhubaneswar: Alleging gross irregularities in Jagannath Temple fund deposit in a private bank, the BJP on Sunday urged the Odisha government to come up with a white paper on this matter.

Briefing mediapersons at the party office, state BJP General Secretary Prithviraj Harichandan said that there is a remote possibility of retrieving the temple fund money to the tune of Rs 545 crore deposited in Yes Bank by the temple administration.

“According to the report of the then Development Commissioner in 2017, a decision was taken to deposit the temple fund money in 25 banks. However, Yes Bank was not included in the list as it lacked the basic parameters fixed by the state government. The state government later deposited the temple fund money in Yes Bank in March 2019, four months before it was enlisted (July 2019) through a circular issued by the Principal Secretary, Finance, Ashok Meena. From this, it is clearly evident that there was a conspiracy to embezzle the temple fund. We want to know whether the Endowment Department or the concerned minister is accountable for such serious irregularities,” Harichandan said.

He said as there is a serious lapse in swapping of the temple fund money deposit, the state government should come up with a clarification through a white paper. He also demanded an impartial probe and exemplary action against those involved in this case.

On the other hand, the Finance Secretary said that the Shree Jagannath Temple Administration (SJTA) has written a letter to the Reserve Bank of India (RBI) on this matter. The state government has also taken up the matter with the apex bank, which has assured that depositors’ money in Yes Bank is safe, he added.

Talking about the restriction on the maximum withdrawal of money of Rs 50,000 from Yes Bank, the Finance Secretary said that RBI has said that the restriction is only applicable to retail depositors while talks are underway for the withdrawal of money by institutional depositors. “We have requested the apex bank to allow the state government to withdraw the deposited money from Yes Bank after the maturity term expires,” he pointed out.

These Odisha Women Unshackled Themselves From Stereotypes