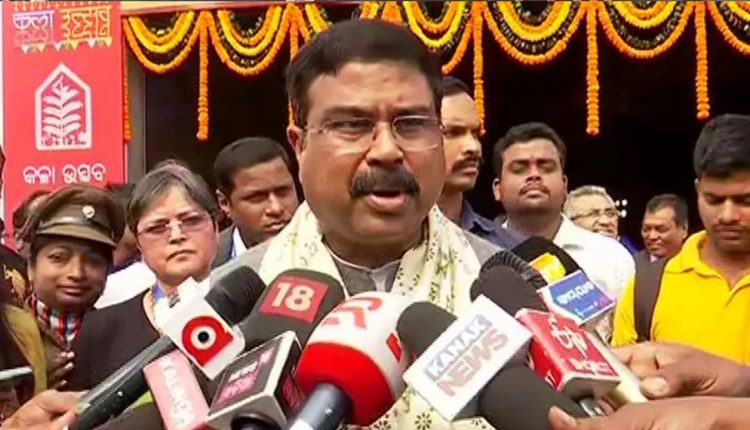 Bhubaneswar: Amid speculations about early elections, BJP has worked out a  a two-point programme to form the government in Odisha by dislodging BJD in the next polls.

The saffron party’s agenda ahead of the next elections was unfolded by senior BJP leader and Union Minister Dharmendra Pradhan on the sidelines of a function in Bhubaneswar on Tuesday.

Describing the year 2023 as very important for BJP, he said it is the penultimate year of the general election year. While discussion about early election is doing the rounds, BJP has a two-point programme in focus ahead of the polls, Dharmendra said.

As part of the programme, the party first needs to act like the spokesperson of the people’s discontent against the state government, he said, adding that the second agenda is to strengthen the 37,000 booth-level organisations across the state.

“This 2-point formula is in the party’s agenda,” the senior BJP leader said.

Dharmendra further said BJP has already prepared a plan to take the question put by party president J P Nadda during his recent visit about who is running the government in Odisha.

In order to bolster BJP’s prospects in the next elections, a host of top leaders including Prime Minister Narendra Modi will be visiting Odisha in coming days, he said.

It may be noted that Lok Sabha as well as the state Assembly elections in Odisha are due in 2024.