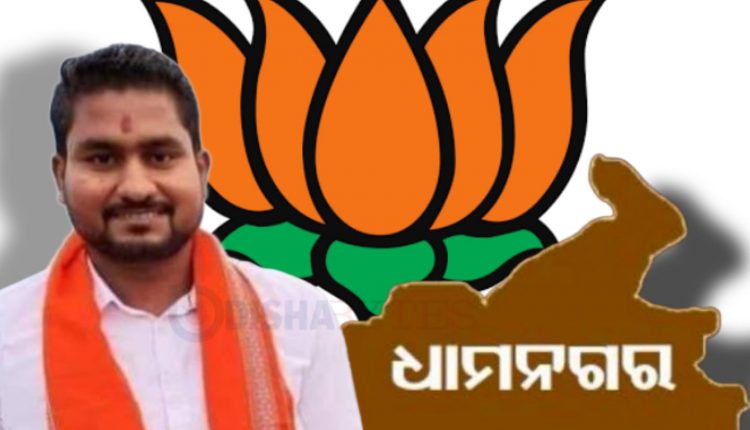 Bhubaneswar: The BJP seems to have halted the BJD juggernaut by consolidating its position in the Dhamnagar Assembly constituency where Suryabanshi Suraj is leading by 7,661 votes over his rival and ruling party candidate Abanti Das after the 14th round of counting on Sunday.

Suryabanshi, son of Bishu Sethi whose demise necessitated the bypoll, has so far garnered 63,031, while Abanti has polled 55,370. From the numbers, it is evident that former BJD leader and former MLA Rajendra Das’ entry into the fray has dented the ruling party’s prospects in the bypoll. Das has so far got 7,147 votes.

The saffron party seems to have strengthened its position in the constituency though more women, the traditional vote bank of BJD, than men exercised their franchise at 252 booths on November 3 with saw 68.98 per cent turnout. The regional party had attempted to counter the sympathy wave for Suryabanshi by playing the woman card.

Congress, which is supposedly in a resurgent mode, has managed a mere 2,751 votes.

Notably, the BJD had emerged victorious in all five bypolls in the state since 2019, wresting the Balasore Sadar seat from BJP despite the sympathy wave for the saffron party. It also won all six Zilla Parishad seats and 9 of 11 wards of Dhamnagar Notified Area Council (NAC) in the panchayat and civic polls held in February and April respectively this year.

The results of the Dhamnagar seat will be declared after 18 rounds of counting.