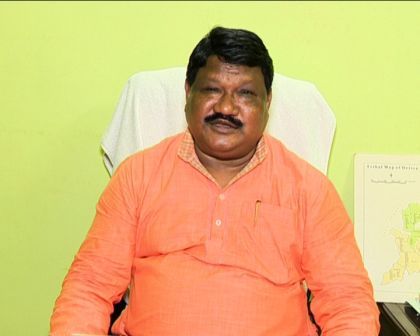 Bhubaneswar: Senior leader of the BJP Jual Oram on Sunday raised doubts if the Chief Minister is actually aware of Mamita murder case.

Speaking to media persons on Sunday the Sundargarh MP said “I doubt if Odisha CM is aware of Mamita murder case. There was a time when Naveen Patnaik did not tolerate any sort of corruption or misdeeds of ministers in the past. He used to take stern action against such corrupt ministers but now he is not even taking action against accused ministers.”

The BJP will continue to protest against Minister of State for Hme Dibyashankar Mishra till he is dismissed, said Oram.

Oram alleged that the family members of the woman teacher have been pressurised ahead of Naveen’s visit to Kalahandi which is scheduled on November 8 (Monday). And, that’s the reason why they are not taking name of the Minister, Oram further alleged.

Oram said Naveen Patnaik is protecting a Minister whose aide Govind Sahu had brutally murdered and burnt the body of Mamita. “Naveen will also face the consequences of such support to the Minister and the party will not spare any effort to provide justice to Mamita,” Oram said.

How Is The Weather? When Smog Shrouded Taj, ‘Very Poor’ Is An Improvement & It Rained Too Much