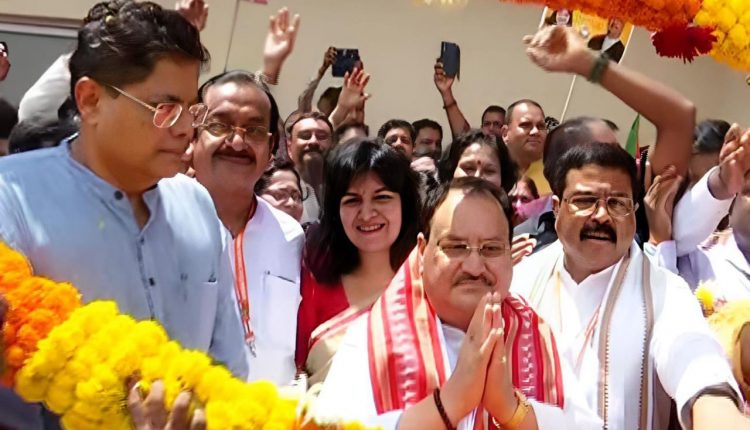 Bhubaneswar: Bharatiya Janata Party (BJP) national president JP Nadda will be on a two-day visit to Odisha from December 28.

Nadda, who began his 120-day nationwide pravas on December 5 from Uttarakhand, is touring all states to further strengthen the organisational structure, develop team spirit, strengthen booth-level operations, work on building a positive image for BJP state governments, streamline party activities, create public awareness through public programmes, develop a strategy for 2024 election, work on creating a more cohesive and inclusive structure, dialogue and ideological approach of the party and also to review party activities.

This will be his second visit to Odisha after taking over the party’s topmost post in 2019. During his September visit, he addressed panchayat-level party workers in Bhubaneswar and called upon the people of Odisha to bring a ‘double engine BJP sarkar’ in the state by overthrowing BJD, whose rule is mired in corruption.

He also offered prayers at Shree Jagannatha Temple in Puri, paid homage to late party leader Bishnu Sethi and meet his family at Tihidi Kalipadia and participate in an event at Swami Vivekanand National Institute of Rehabilitation Training and Research (SVNIRTAR) in Cuttack.

Notably, Odisha in-charge Sunil Bansal chaired a meeting of state leaders on December 17 to frame the roadmap for the twin elections in 2024. The party also discussed the Padampur bypoll debacle, where its candidate Pradip purohit lost by a huge margin.