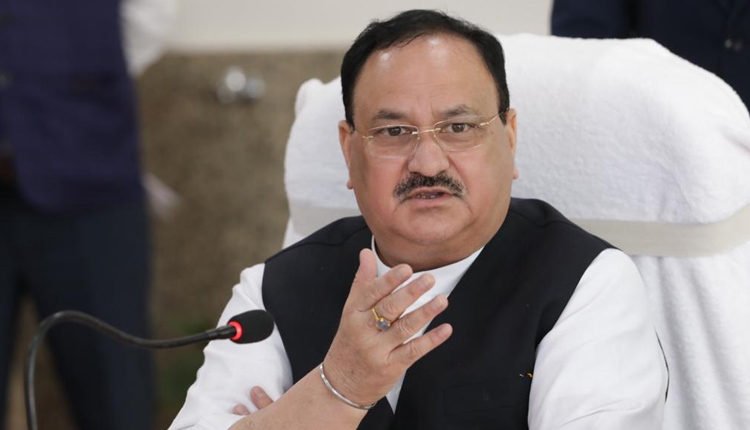 Bhubaneswar: The schedule of BJP’s national president JP Nadda to Odisha tour has been changed to one day instead of two days.

Informing this in a press release, state general secretary of the party Lekhashree Samantsinghar said Nadda will visit Odisha for one day on December 28 against his earlier schedule of two days.

Earlier, the BJP president was scheduled to arrive on December 28 and hold meetings with party leaders and workers in Bhubaneswar. Besides, he was supposed to address public meeting at two places during the stay.

But Lekhashree said, “As per the revised programme, Nadda will arrive at Bhubaneswar on December 28 and immediately move to Baliguda in Kandhamal district to attend a public meeting. Then he will go to Chilika under Puri Parliamentary constituency to attend another public meeting before returning to New Delhi same night. ”

During his visit to the two places, Nadda will discuss party organisation and related matters with local leaders, she added.

This will be Nadda’s second visit to Odisha after taking over the party’s top post in 2019. During his visit in September, he addressed panchayat-level party workers in Bhubaneswar and called upon the people of Odisha to bring a ‘double engine BJP sarkar’ in the state by overthrowing BJD, whose rule is mired in corruption.

Nadda began his 120-day nationwide pravas on December 5 from Uttarakhand and has been touring all states to further strengthen the party organisation at regional level.