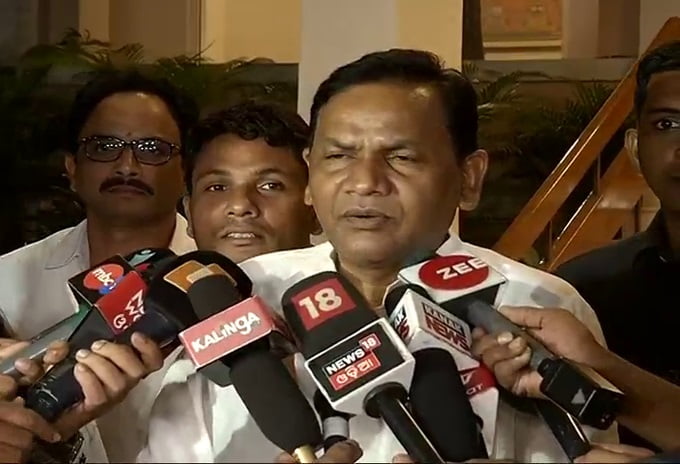 Bhubaneswar: The Odisha Assembly was adjourned on Monday after BJP members raised a ruckus, demanding the ouster of Minister Pratap Jena.

Incidentally, the minister is an accused in the double murder of two BJP workers at Mahanga in Cuttack recently.

As soon as the Question Hour began, the opposition MLAs to the well of the house with placards and urged Speaker Surjya Narayan Patro to bar Jena from entering the Assembly.

As pandemonium continued to prevail, the Speaker adjourned the house till 4 pm.

Talking to mediapersons later, Leader of the Opposition, Pradipta Naik said Jena is among the 13 accused named in the FIR in connection with the double urder case. But police were not interrogating him, he added.

As per the book circular, the state government must establish the minister’s innocence before he is allowed to enter the Assembly, Naik said.

“How can an MLA be allowed to sit in the Assembly if he faces criminal charges? The BJD had suspended its senior member and former minister Raghunath Mohanty on dowry torture charges filed by his daughter-in-law Barsa Soni and subsequently sent him to jail. Besides, it had also arrested BJP leader Jayanarayan Mishra and sent him to jail on the charge of a criminal offence. But the government is yet to take any action against Pratap Jena till date,” Naik said.

The Opposition leader also demanded a clarification on this matter from the Chief Minister in the house.