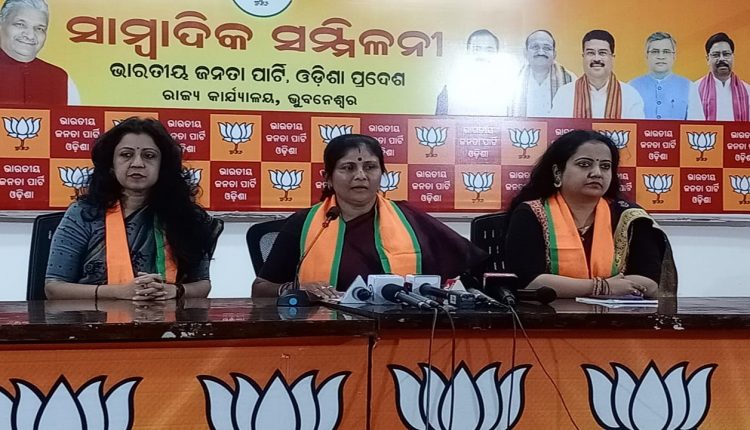 Bhubaneswar: Dubbing BJD government’s claim about women’s empowerment in Odisha as ‘hollow’,  BJP on Tuesday claimed that the state has become highly unsafe for women as atrocities against them has have recorded an alarming rise in recent years.

She said the information shared by the government in the assembly showed that there has been an alarming rise in crimes against women in the last few years. “Everyone in the country knows that women are not safe at all in Odisha,” she claimed.

Citing data of the National Crime Records Bureau (NCRB), the senior BJP leader said as a total of 23,183 crimes against women were recorded in 2019, while the number increased to 25,499 in 2020.

Similarly, the number of crimes against women rose sharply to 31,352 in 2021, Patnaik said.

Describing the conviction rate in cases of atrocities against women as abysmally low in the state, Patnaik claimed that only 8.3 per cent were able to get justice.

Slamming the state government for making tall claims about empowering women, the BJP leader alleged that the government is giving benefits to only a particular section of women.

The position of women can be gauged from the fact that Anganwadi  and ASHA workers have to stage demonstrations and agitations in the state capital to get justice. However, their demands have been ignored by the state government, she alleged.