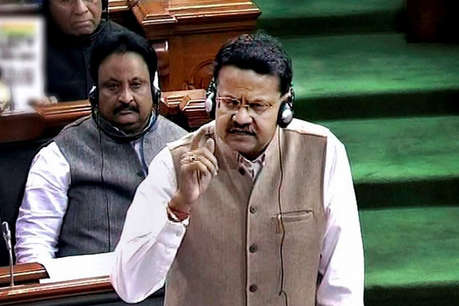 New Delhi: The BJD on Monday denounced the CBI-Kolkata Police face-off and accused the Centre of using the central investigating agency as a political weapon.

Raising the issue during the zero hour in Lok Sabha, BJD leader Bhartruhari Mahtab said the role and responsibility of the CBI are being derided because of certain motivated action of certain persons. This should be stopped at all quarters.

Referring to the Kolkata incident, he said Odisha had also seen CBI officers barging into the residence of a sitting judge in the early hours some months back. Just before the panchayat elections, adequate steps were also taken by the CBI to defame the BJD. “With Assembly and Lok Sabha elections round the corner in Odisha, the CBI has begun its action again to defame the BJD leaders. This smacks of unprofessionalism. We want CBI to be a professional institution and it should target those persons who indulge in corruption. But the manner in which it is functioning today, it seems that it is being used as a political weapon by the government that is in power at the Centre,” Mahtab pointed out.

BJD spokesperson Dr. Sasmit Patra said: “We are a mature democracy and professionalism should be maintained. Even in Odisha, sudden action of CBI just before Panchayat elections in past and now before general elections smacks of unprofessional conduct & coloured with the political motive”.