BJP Would Be Reduced To 5 Seats In UP If SP-BSP-Cong Fought Together: Survey 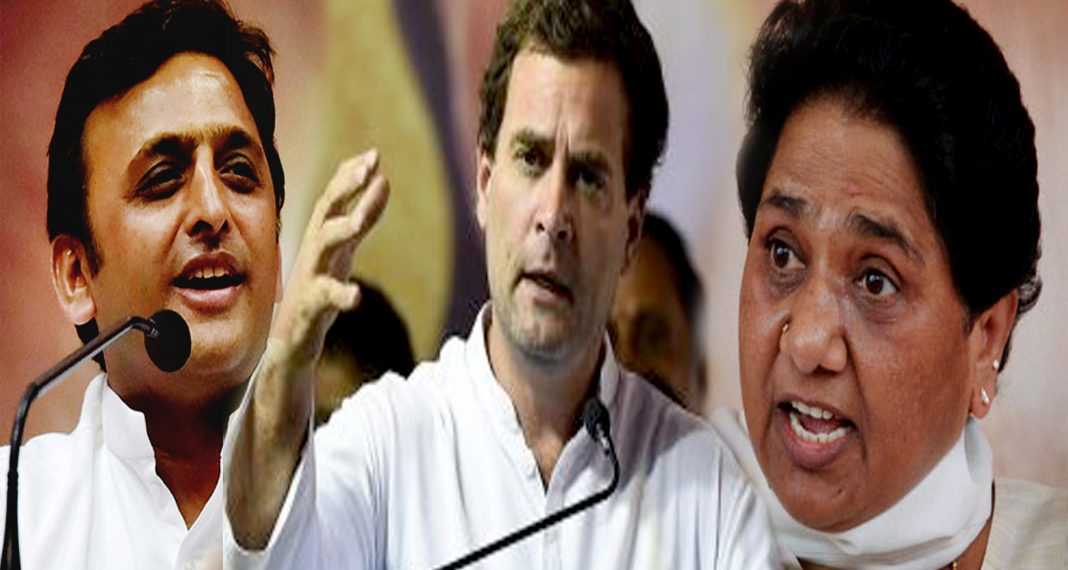 New Delhi: If the Samajwadi Party (SP) and Bahujan Samaj Party (BSP) would have taken Congress into their fold to contest the 2019 Lok Sabha elections, the Bharatiya Janata Party (BJP) would have received a major setback in the elections. BJP, at best, would have won just about 5 seats as against 73 seats it had won in alliance with Apnal Dal in the 2014 elections, said a survey.

The India Today-Karvy Insights survey covered 2478 voters in its study. The findings of the survey were announced before Congress announced Priyanka Gandhi Vadra’s entry into politics.

The Congress has decided to contest in all the seats this time, while the SP and BSP will be contesting from 38 seats each.

The survey said the grand alliance of SP-BSP-Congress would have won 75 out of the 80 Lok Sabha seats in the state. The vote share of this single unit would have also increased from 56.7 per cent in 2014 to 64 per cent this time.

But with SP-BSP and Congress contesting the elections as a separate units, the BJP and Apna Dal combine might win 18 seats at best, it said. The SP-BSP alliance will win around 58 seats and Congress only four seats.

The survey confined its study to the state of Uttar Pradesh only as it holds the key to government formation in Delhi. BJP had got its arithmetic right in the last elections and managed to capture power at the Centre. But it appears to have lost its edge this time around. Several projections have indicated that BJP might find the going tough as the SP-BSP alliance could emerge as formidable force to dampen its winning prospects.

Rahul Introduces X Factor To 2019 Elections; Priyanka Could Be Game-Changer In UP

51% Consumers To Go For Online Shopping This Festive Season…