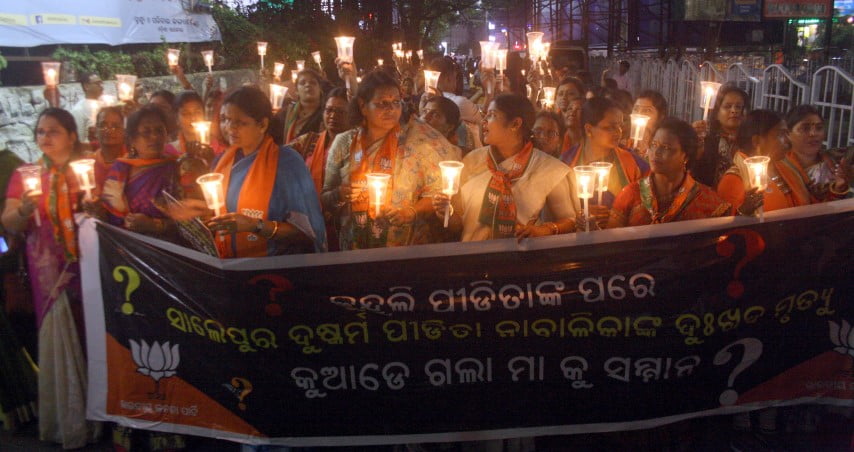 Bhubaneswar: Members of BJP Mahila Morcha have decided to organise a candlelight rally at all district headquarters of Odisha on Tuesday, seeking early justice for Salepur rape victim’s family.

“Women are not feeling safe in the state, owing to the deteriorating law and order . We strongly condemn police inaction and failure of the state government to curb rising incidents of crimes against women, particularly minor girls like the six-year-old victim of Salepur,” a BJP member said.

The government should take appropriate steps to conduct a thorough investigation into the incident and initiate stringent action against the accused, the saffron party member added.

Meanwhile, the Odisha Crime Branch has designated the Salepur incident as a ‘Red Flag’ case.

“The alleged rape and strangulation case of the minor girl has been taken seriously and tagged under the Red Flag category. A special public prosecutor will be appointed for better investigation and subsequent prosecution in the case. DNA, finger print and other material evidences will be collected for this purpose soon,” Crime Branch ADG Santosh Upadhaya had stated on Monday.

An ex-gratia of Rs 5 lakh has already been provided to the family of Salepur rape victim, who succumbed to her injuries while undergoing treatment at SCB Medical College and Hospital in Cuttack on Sunday evening.