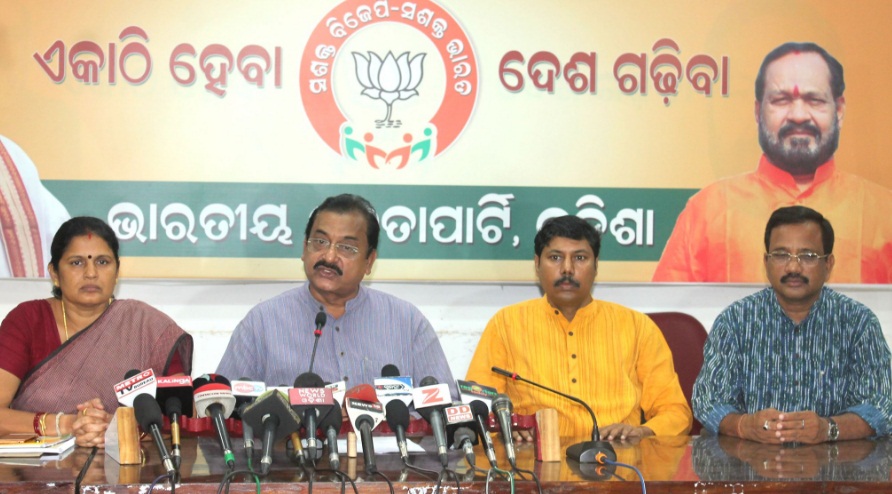 Bhubaneswar: The state unit of BJP would hold a state-wide silent protest on Sunday against the rape and murder of a Dalit woman in Dhenkanal district and the recent egg attacks on Union Ministers Radha Mohan Singh and Jual Oram.
Addressing mediapersons here on Saturday, party’s state vice-president Samir Mohanty said, “The silent protest will be observed at all Zilla Parishad zones, NACs and its organisational districts from 10 am to 1 pm tomorrow to demand justice for the Dalit woman, who was brutally gangraped at Baliguma village recently.”
Condemning the egg attacks on Union Ministers, Mohanty said such incidents put a question mark on the prevailing law and order situation in the state.