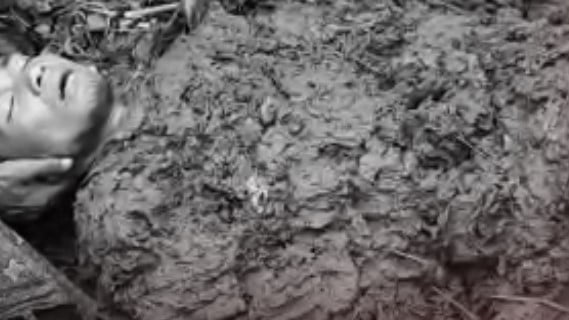 Sundargarh: Superstitious and blind faith proved fatal for a youth of Pamara village in Sundargarh district on Sunday.

According to sources, the youth, identified as Manoranjan Podha, and his three friends were struck by lightning while returning home from a weekly local market on Sunday. Manoranjan lost consciousness and fell on the ground.

Instead of providing him with medical care, the villagers attempted to revive him by burying him in a cow dung pit. When he did not respond, they took him to a nearby hospital where the doctors declared him dead.

The others have been admitted to the Community Health Centre (CHC) in Baragaon for treatment.