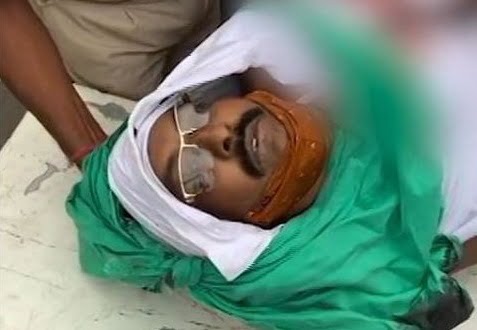 Balasore: Twelve days after his death in a police encounter in Balasore district, police on Thursday sent the dress of dreaded gangster Sheikh Hyder and weapons to the Odisha State Forensic Laboratory (OSFL) in Bhubaneswar.

Informing the media, Balasore Sadar SDPO Balaram Nayak said that the police have sent the blood-stained clothes of the gangster, blood-soaked soil from the incident site and the gun used in the encounter to the OSFL for chemical analysis.

“These articles were sent to OSFL following a complaint by the family members that the police had deliberately killed Hyder,” he added.

The encounter took place on July 24 afternoon when a team of armed police were escorting Hyder from the Circle Jail at Choudwar to the sub-jail at Baripada.

On the way, Hyder asked the police to stop the vehicle as he felt the need to go to the toilet. He snatched a gun from security personnel on getting down from the vehicle and threatened to kill him. As he was about the cock the rifle, police opened fire on him.

Hyder was rushed to district headquarters hospital in Balasore, where he succumbed to his injuries.

IAS Couple From Odisha Get Secy Rank At Centre, Names Of…