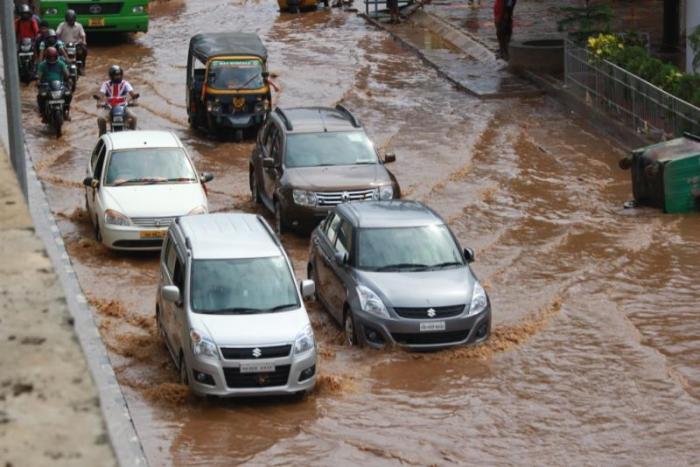 Bhubaneswar: With heavy rain likely to lash the state till July 20, Bhubaneswar Municipal Corporation (BMC) is taking immediate steps to prevent waterlogging in various parts of the state capital.
Talking to media after a review meeting here on Sunday, BMC Commissioner Krishan Kumar said the city has been divided into 12 sectors and 13 teams engaged to clear rainwater from vulnerable areas like roads near Iskon temple, Bomikhal and Pahala. Each team will be supervised by a junior engineer and given a JCB machine and a tractor, he added.
The BMC Commissioner blamed the NHAI authorities for waterlogging near national highways at these places. “They paid no heed to our repeated requests to build drains for release of excess water,” he said.
Kumar said 10 pumps have been provided to the teams to drain water near the highways. “Besides, around 300 to 600 people are working in two shifts to remove garbage from the drains,” he said.
A control room with helpline number (0674-2430038) have been opened so that people can share their grievances regarding waterlogging, he added.
On the other hand, Cuttack Municipal Corporation (CMC) has also engaged 85 pumps to remove excess water from different areas of the city.