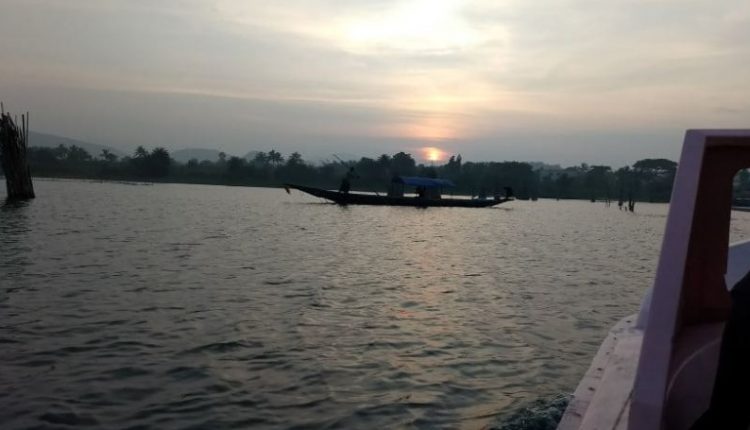 Puri: After a boat mishap in Chilika lake claimed two lives, the district administration of Puri in Odisha geared up to ensure strict enforcement of all safety norms even as family members of the deceased demanded adequate compensation.

Two persons drowned and another was rescued in critical condition after the boat, returning with a group of 13 picnickers from Kalijaikuda isle, capsized due to strong winds on Sunday evening. The deceased were identified as Rakesh Swain of Talamali Sahi and Soumendra Mohanty of Markandeswar Sahi in Puri town. The injured, Alok Mohanty, has been admitted to the district headquarters hospital.

Alleging that most mechanised country boats ferrying passengers in Chilika lake operate in a hazardous way without proper safety equipment, the family members of the deceased said mishaps can be prevented if the administration stressed strict enforcement of rules.

Claiming that many boats do not provide life jackets to the passengers, they said the administration should ensure that all the boats operating in the lake are properly maintained and have a fitness certificate. “Use of life jackets should be made mandatory during boat rides,” said S R Mohanty and Dilip Kumar Swain, who lost their brothers in the boat mishap.

Puri Collector Samarth Verma said that the administration has initiated a series of measures for the safety of tourists undertaking boat rides in the sprawling lake to prevent the recurrence of such mishaps. “Steps are being taken to ensure that all the boats operating in Chilika are equipped with the required safety devices,” he said, adding that the boats must have valid registration and insurance as well as life jackets.

Stating that people should refrain from hiring boats at night, Verma said steps are being taken to ensure strict enforcement of all the safety norms and guidelines. The boats should also be properly maintained and remain fit to carry passengers, he added.

A meeting was held with boat operators’ association recently and it was stressed that a single window system for the tourists should be put in place with a focus on the safety of the passengers.

“The Tourism Department has also been requested to provide some funds for procurement of safety equipment for boats operating in the lake,” he said.

Additional Superintendent of Police, Mihir Panda said a case has been registered in connection with the incident that took place on Sunday and a probe is underway. “Action will be taken against anyone found responsible in accordance with the law,” he said.

Preliminary investigation revealed that the boat involved in the accident was not meant for tourists and life-saving gears were not used by those on board, Panda said, urging all tourists to use life jackets while travelling by boat in Chilika.

Notably, 79 people died due to boat capsize accidents in the state in 2021, the highest in the country, according to the National Crime Records Bureau (NCRB) report on Accidental Deaths & Suicides in India-2021, seemingly making water transport unsafe.

RBI Imposes Penalty On This Bank In Rourkela; Know Why