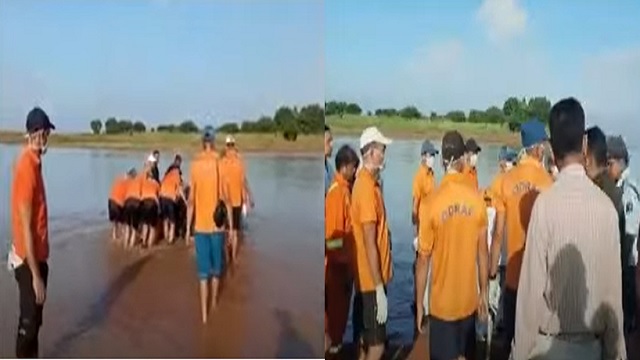 According to sources, they were rushed to a nearby hospital where the doctors declared him brought dead. The deceased were employees of Mahanadi Coalfields Ltd (MCL) at Burla.

On Sunday afternoon, three persons, including Abhishek and Mahesh, drowned in the reservoir while taking bath after a feast near the Jhankarani village.

On being informed, the Hirakud police arrived along with the ODRAF team and began a search operation. Although one among them was safely rescued the same day, others could not be traced. The operation in the Hirakud reservoir was underway till late last night. The bodies were recovered this morning.

It is pertinent to mention here that people are strictly prohibited from entering the reservoir as the dam gates in Chhhatisgarh have been opened. Several questions are also being raised about safety measures as the incident took place at a tourist place where a team of security personnel is always present.

Heavy Rain In Odisha: 2 More Gates Of Hirakud Opened; Is There A Possibility Of…

Heavy Rain In Odisha: 4 Hirakud Gates To Be Opened Today To Release Water