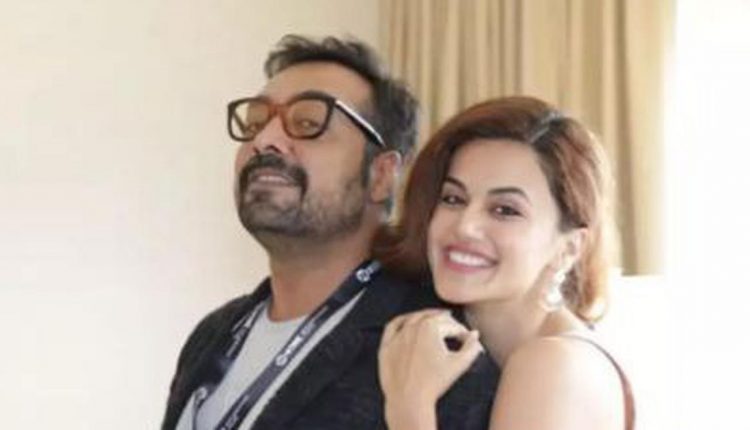 New Delhi: Actor Taapsee Pannu and Anurag Kashyap are ruing the fact that they aren’t trending and being boycotted on Twitter like Akshay Kumar and Aamir Khan.

The duo recently said in an interview that they want Twitter to boycott them and also want to trend on the social networking app, just like Akshay Kumar and Aamir Khan. Recently on Twitter, hashtags such as #BoycottAamirKhan #BoycottLaalSinghChaddha, #BoycottRakshaBandhan were trending on Twitter.

Taapsee and Anurag have collaborated for ‘Dobaara’ which will release on August 19.

Some Twitter users have called for a boycott of Aamir Khan and his upcoming film ‘Laal Singh Chaddha’, and a few requested the same for Akshay Kumar and his upcoming movie ‘Raksha Bandhan’. During an interview with Siddharth Kannan, Taapsee and Anurag were asked if they get scared when films such as ‘Laal Singh Chaddha’ and Raksha Bandhan get boycotted on social media.

Hearing this, Anurag said that he feels left out for not trending on Twitter and said, “I want #BoycottKashyap to trend on Twitter.” Taapsee said, “Please everyone boycott our film ‘Dobaaraa’. Agar Aamir Khan aur Akshay Kumar boycott ho sakte hain (if actors like Aamir Khan and Akshay Kumar are getting boycotted) then I also want to be in that league. What is this?” Anurag and Taapsee then together request their audience to boycott them, “Picture dekho na dekho magar boycott kar do (It doesn’t matter if you watch our film but please boycott us).”

Ahead of the release of Aamir Khan’s Laal Singh Chaddha, the film triggered controversy after “#BoycottLaalSinghChaddha” started trending on Twitter. Some Twitter users went through the archives and dug up Aamir’s controversial “India’s growing intolerance” statement and circulated it on the micro-blogging site. During a recent media interaction Aamir reacted to the trend and said, “I feel sad that some of the people who are saying this, in their hearts, they believe that I am someone who doesn’t like India. In their hearts, they believe, but it is untrue. I really love India. That’s how I am. It is rather unfortunate if some people feel that way. I want to assure everyone that it’s not the case so please don’t boycott my films, please watch my films.” Laal Singh Chaddha also stars Kareena Kapoor and will release on August 11.

Tweets about boycotting Akshay Kumar’s ‘Raksha Bandhan’ were also trending a few days back. It started after it was reported that ‘Raksha Bandhan’s’ story is copied from a Pakistani movie. Also, Kanika Dhillon who is the film’s writer was slammed after her old tweets surfaced online where she wrote about hijab ban, and communal lynching.

‘Raksha Bandhan’ will release on August 11.