Bollywood Veterans Who Made A Stunning Comeback With Digital Shows 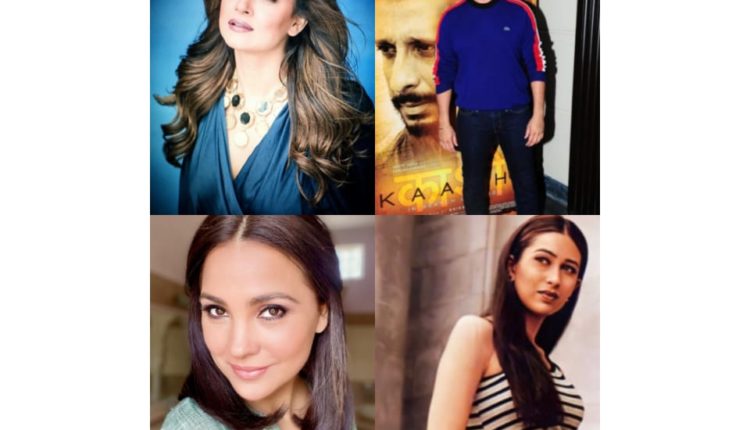 Mumbai: The ongoing coronavirus pandemic has taught us that theatres are not the only medium to watch cinema. With the popularity of OTT platforms, several underrated talents are getting their just dues.

When it comes to Bollywood veterans, especially actresses, it has to be said that they can not get meaty roles to play after their 40s and 50s.

So there are several actors who made their digital debut and put off a great show. With some powerful and well-written roles to back their comeback, these celebrities have done a stellar job and owned the digital screens.

Here are some actors who made a strong comeback, albeit on the digital platforms:

Former Miss Universe and actress Sushmita Sen made her comeback in Bollywood after a decade with Disney + Hotstar web series, Aarya. And oh Lord, what a comeback. She portrayed the lead role of a dependable wife, doting mother, and daughter to absolute perfection. She owned each and every frame given how intense the show is. She won our hearts with her screen presence!

The actress who ruled hearts and movie screens in the ’90s, Karisma Kapoor proved she is still the queen with her debut web series, ALTBalaji and ZEE5‘s Mentalhood. She played Meira Sharma, mother to three children, who is trying to learn the ropes of the mental world of parenting! Her character was loved by all mothers out there for being so relatable and she certainly charmed us all with her loveable screen presence!

3. Abhishek Bachchan (Breathe: Into The Shadows):

I am Avinash Sabharwal – a husband, a psychiatrist, and most importantly, a father. #BreatheIntoTheShadows New Series, July 10.

Abhishek Bachchan made his digital debut just this month with the Amazon Prime show, Breath: Into The Shadows. The actor played the role of Dr Avinash Sabharwal, a psychiatrist who crosses over to the dark side in order to bring back his kidnapped daughter, Siya. The handsome actor bowled us away with his intense and stellar performance as a doting father who is dealing with a lot more than meets the eye.

This former Miss Universe made her digital debut with Disney + Hotstar show Hundred.
Along with her acting chops, she showed power-packed actions as she played the role of a cop. She delivers an impactful performance that makes us root for her.

Chandrachur Singh made a stunning comeback with Disney + Hotstar show Arya along with Sushmita Sen.

Sharman Joshi is indeed very underrated and it’s really sad to see him picking bad Bollywood movies. But when it comes to his digital debut, he chose the great script and showcased his acting prowess yet again. He made his debut with ALTBalaji and ZEE5’s Baarish. He portrayed the role of Anuj, a businessman and a simple man who goes through highs and lows in love and life. He won many hearts and they were loved for their performances and chemistry.