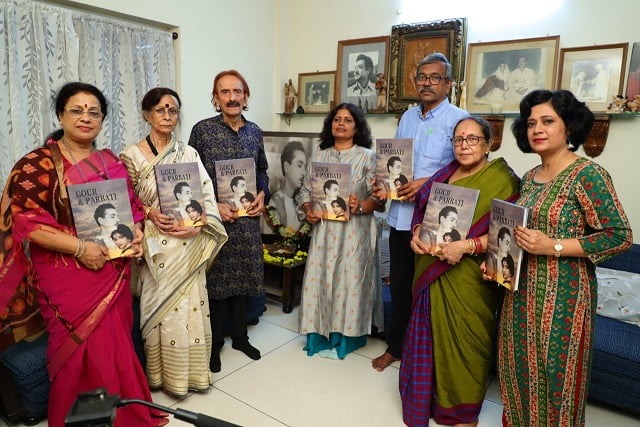 Bhubaneswar: ‘Gour & Parbati’, written by Ratri Ghose Barman on the life and times of her parents Parbati Ghose and Gour Prasad Ghose, both prominent personalities of Odia cinema, was released in the city recently.

Speaking at a function to mark the book release on Saturday, Ratri said, “It deals with the efforts of the two versatile film personalities in presenting a celluloid depiction of Odia literature and social milieu of the time.” They presented social issues through artistic narrations while consistently introducing new talents into the cinema industry, she added.

“The readers can also have a glimpse into dedication and determination of my parents to their career in Odia film world,” Ratri said.

They pursued their passion for acting from a very young age, starting as stage artistes and then switching over to movies. Beginning with acting, they went on to production and direction. They were conferred with National Awards for regional films for three movies.

“The main aim of publishing this book is to inspire and motivate upcoming talent, especially in the Odia film industry, through the struggle and achievements of the duo,” said Ratri.

Veterans of the industry can relate to the depicted facts and events and the younger generations can familiarise themselves with their works, she added.

Ratri has been supported by her husband Shekhar Barman, aunt Khirod Naik, daughter Pavlina Ghose and son-in-law Chris Campos in writing the book.

To pay tribute to her parents, Ratri launched the website gourparbati.com in 2016 and published two Odia books ‘Scene No 56’ and ‘Nari Mu Sarbangsaha’ in 2018. Besides, she has launched a web channel, informed Khirod.