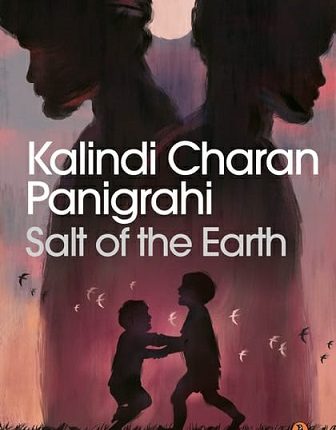 The first translation of Kalindi Charan Panigraphi’s classic novel Matira Manisha (done by Leela Ray and Narendra Mishra) bore the title, The House Undivided. It obscured the novel’s rural and agrarian setting, so unmistakably captured in the Odia title, which means ‘men of the soil’, and, from which comes the author’s Romantic-idealistic concern with the earth, the soil. The second rendering by Bikram Das, published in 2017, restores the missing dimension, as can be seen from the title Born of the Soil. In the third and the latest translation titled Salt of the Earth, this zeitgeist of the ’Sabuja’ (Green) Age—1925-1935, which the author belonged to and helped shape, receives reiteration, no doubt aided in this by a competent translation.

The theme of the primacy of the joint family and the joint holding of the farm land that is at the centre of the novel derive directly from this desire to hold at bay a propertied society that values individual ownership of land. The title itself, both in Odia and English versions, is mentioned in a set piece description of the village scene at the opening of Chapter 4: “They had remained primitive men rather than become modern human beings. Clay. Soil. Mud. That’s what they were—they worked with mud, soil, clay from birth to death. They were born of the soil, lived on it, lived off it; they built homes on it and out of it: they dug it and grew paddy on it to keep their body and soul together. Earth people, earthlings, mud men, salt of the earth . . .” (p. 37) What is striking about this passage is the use of language that belongs to a non-propertied, anti-modern register: clay, mud, soil. It is tradition rather than modernity that is celebrated in the novel, and understandably so.

But here is the problem: the novel is about the canker in the flower of the organic rural community. That virus is the partition of family property between brothers after the death of the head of the family or ‘bhai bhaga’, as it is called in Odia. It is all the more worrying because the family depicted as being threatened with disintegration is an ideal one in the village, the family of Shyama Pradhan.

In one sense ‘bhai bhaga’ is the most dreaded word in the emotional lexicon of the Odia, nay Indian, middle class. In another sense, of course, partition is routinely common and ordinary. As agricultural families face decline due to the pressure of urbanisation, the joint family system is bound to come under increasing strain. No wonder, the brunt is often borne by the poorer—and invariably the elder— brother who has nothing but his homestead and agricultural land to fall back upon. Woe betides him if he has a large brood of his own to rear. Add to that the presence of a nosey and crafty village council head who would stand to profit from the partition of family property, and, there is no stopping the inevitable forward march of partition. This is what happens to the elder brother Baraju in the novel.

Baraju does, however, succeed in stalling the march of the divisive forces. His Gandhian brand of non-violent protest, tempered with his self-sacrificing idealism, sees to it. His younger brother, Chhakadi, who had so insisted on the division of the spoils, is stunned into submission to the indomitable will of the elder and better brother. Although this flies in the face of reality— and the reality is very much that the Barajus of the world go to the wall—the novel can be understood as trying to offer an imaginary resolution to a pressing and real historical problem. And that problem is this: a propertied and a caste and class-differentiated social order, guarded by the bureaucracy and the law. This invites a materialist analysis. The solutions the author proposes through the Gandhian figure of Baraju are invariably individualist, piecemeal and idealist.

One example of misdirected analysis is the making of ‘bhai bhaga’ the function of wicked and scheming wives with their nightly whisperings of sex-laced poison. The wives of both the brothers are pulled up by the narrative voice, the elder brother’s wife, Hara Bou, somewhat less and the younger brother’s wife, Netramani, more. Netramani, in fact, gets the lion’s share of the blame. She is shown as the initiator of the discord between Baraju and Chhakadi. Her moneyed background—she is the daughter of a Revenue Inspector—is mentioned as a way of explaining her constant whining and carping about her being second best in the house despite the fact that Baraju does back breaking toil to provide for the joint family. It is a wonder, though, that Shyama Pradhan chose to marry Chhakadi into a Revenue Inspector’s family when he had himself nagged Baraju ‘to quit’ (p. 25) his land surveyor’s job. No wonder Baraju has to first set his wife in order before he can set the family and the larger world in order.

Salt of the Earth is perhaps best read as a quintessential ‘Sabuja’ Age novel which sought to defend a venerable social arrangement, the joint family, from the onrush of modernity.

(Himansu S. Mohapatra, former Professor of English, is a translator and critic.)

Book Review: What The Critical Thunder Said; Lessons From The Past